Minors may soon be unable to use indoor tanning beds 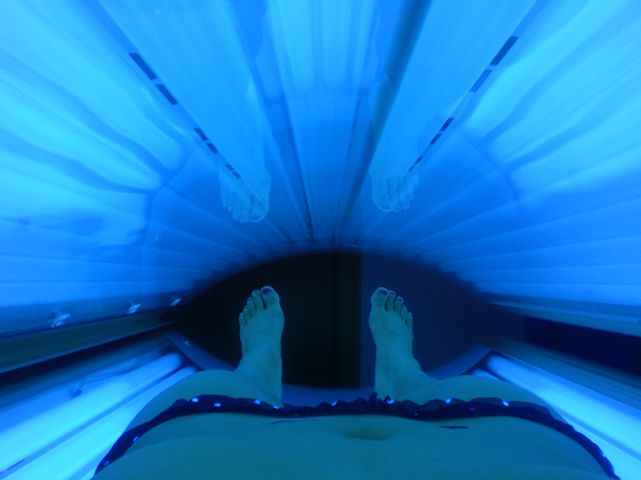 COLUMBIA - Although most Missourians know the dangers of using ultraviolet tanning beds, 30 percent of teenage girls use them anyway, nearly double the national average, according to the American Cancer Society.

That’s why the Cancer Action Network of the American Cancer Society hopes to enact House Bill 1260, sponsored by Rep. Nick Schroer, R-O’Fallon. The proposed legislation would completely ban anyone under the age of 18 from using tanning beds.

Currently, teens who wish to tan have to get parental consent before heading to the salon. Kansas, Illinois, Texas and California are among fifteen states that already have laws in place to ban minors from using tanning beds.

Although indoor tanning is decreasing in the U.S. overall, nearly 10 million adults still tan every year, according to the Centers for Disease Control and Prevention.

“There are a lot of ways to get around a parental consent form. When you’re younger and really want to tan, and it’s just a piece of paper that needs to be signed... there are ways kids can find to get around that,” Freeman said.

While it’s important to get vitamin D, the CDC says “any change in skin color” from artificial UV exposure is a sign of “injury not health.” UV light causes the skin to produce more melanin, the pigment which darkens the skin.

Too much exposure to this light can cause harmful and even deadly skin cancers like melanoma, basal cell carcionoma and squamous cell carcinoma. It can also cause cataracts and cancers of the eye.

Alexa Farris is a senior at MU who quit tanning almost two years ago. The Illinois native was surprised by the relaxed tanning laws when she moved to Columbia her freshman year.

Farris said there’s a certain association in the Midwest with “looking and feeling tan.”

“For dances, for homecoming, there was a certain standard to look a certain way with your skin,” she said.

“I would burn my skin. It would be itchy all day...I put myself through this pain and money and I realized after a week it would fade and wasn’t worth it.”

Farris now advises young girls to completely stop tanning like she did.

“I can just feel my skin being so much healthier. I’m just treating my skin and body right. A lot of damage happens when you’re at a young age and this was a really good decision for me and could be for other young women, too.”