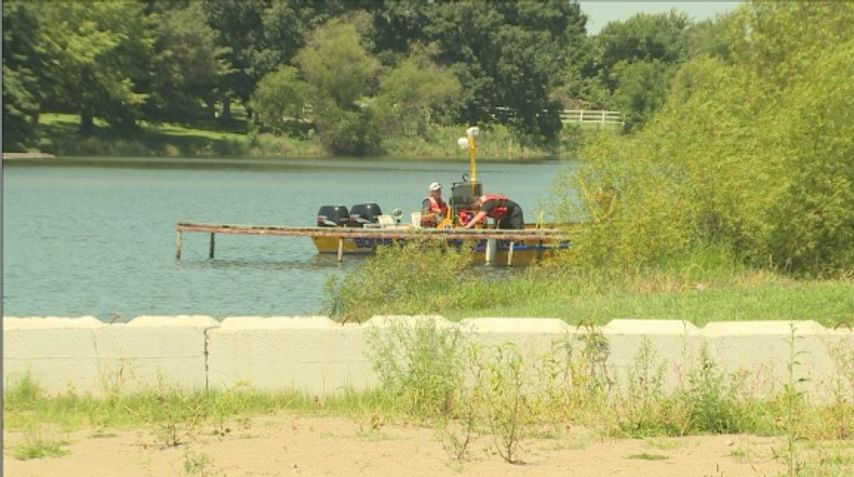 Emergency crews searched Sunday afternoon for the 27-year-old, but did not find him. The BCFPD and the Boone County Sheriff's Department searched for the man at County Downs Private Beach on Lake Caroline, which is near North Chesley Drive in the County Downs subdivision. The search began Saturday.

Boone County Fire Protection District Battalion Chief Gale Blomenkamp said it has not been confirmed the man ever went into the water, but told friends he was going swimming Saturday and did not show up for work that same day. Blomenkamp said his clothes, cell phone and vehicle all were found near the lake.

Blomenkamp said the crews arrived about 8 a.m. Sunday to look for the missing man. He said teams grid-searched the lake using side-scan sonar.

"We've found some areas of interest that we have drug," Blomenkamp said. "We've also had search dogs - human remains detection dogs - that have been working off the boats. And when they've alerted us in a couple of areas, we've also drugged those areas. Unfortunately, we've been unable to find anything at this point."

The lake is 18-feet deep in some areas, but most of it is between six and 10-feet deep, Blomenkamp said.

"We've got a very good visual of the bottom of the lake. Our side-scan sonar is picking up logs and twigs, even down to the detail of seeing where the fish beds are at," Blomenkamp said. "Can we be missing it? Sure, that's a possibility, but we feel like we've covered a very good area of the lake."

Boone County Sheriff's Department Sgt. Micheal Perkins said because the man is still a missing person, the sheriff's department plans to discuss how to move forward in the case Monday.