Missing woman honored as loved ones continue looking for answers 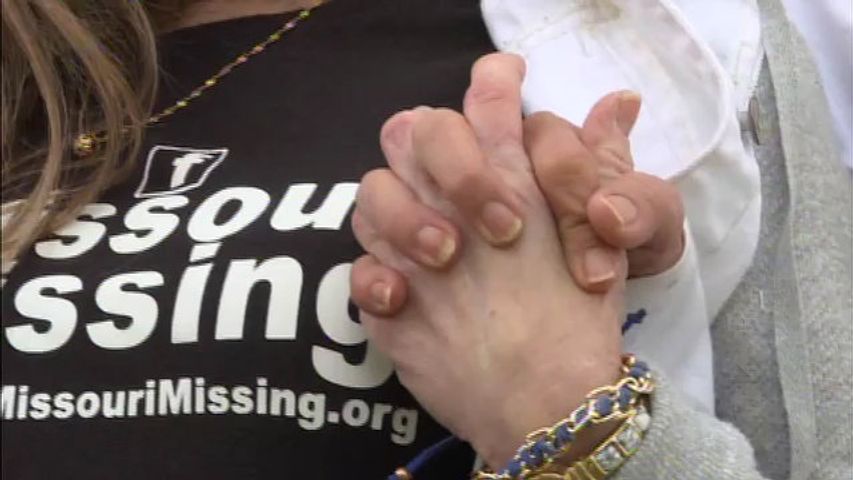 HOLTS SUMMIT - Missourians from Columbia, Kansas City and areas throughout the state came together to honor a missing woman in Holts Summit Saturday.

"Green Ribbons for Angie" was hosted by Missouri Missing. The event was for Michelle Angela Yarnell, or Angie, who went missing on October 25, 2003.

Participants watched as Angie's mother, Marianne Asher-Chapman, wrapped the 14th ribbon around a tree outside her home. The green ribbons represent each year that Yarnell is missing.

"Angie's color is green," Yarnell said. "The tree has a lot of old ribbons now and I just keep adding. Unfortunately, I had to add another one this year."

Asher-Chapman is also the co-founder of Missouri Missing, a support network for loved ones of all missing persons. Asher-Chapman said she and her co-founder, Peggy Florence, are able to help, support and empathize with victims that are missing some of the most important people in their lives.

"It's the not knowing - no matter how bad the outcome, at least you know what you're dealing with. But not knowing? It's the hardest part," Asher-Chapman said.

Asher-Chapman said her personal battle of finding out what happened to her daughter won't stop until she finds answers.

"I'll never stop looking for Angie," Asher-Chapman said. "To this day, I still go to the old property and I actually, with a shovel, look for Angie."