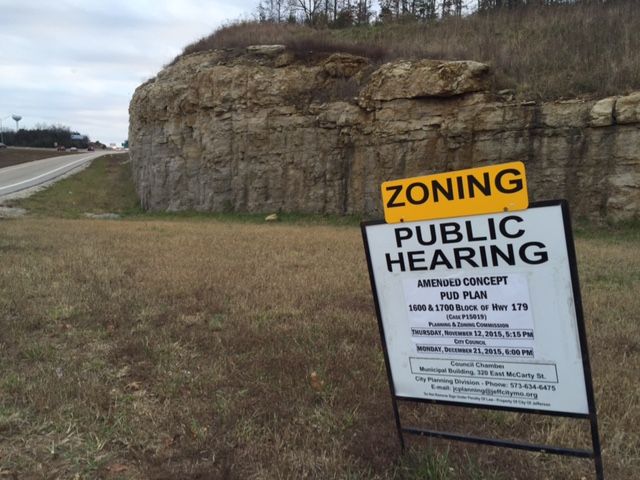 JEFFERSON CITY - The developers of a proposed shopping center off of Mission Drive asked the Cole County Commission for $800,000 to extend the road to the site. The Harvard Company, LLC is working to develop a site near Highway 179 that would include restaurants and retail stores among other things. Managing partner Chris Kersten spoke at a commission meeting Tuesday on behalf of the developers and asked commissioners to help fund an extension of Mission Drive to the actual location of the site.

The site's concept planner, Charlie Stroud, said the developers want two road extensions. One would connect Mission Drive to Rock Ridge Road, and the other would extend Mission Drive to the site. He said the terrain near the site is tough, and developers will need to hire utility workers to cut through bedrock. The requested funds would help pay for this construction. Commissioner Sam Bushman said the cost of the extension is indicative of the cost of the entire project.

"When you have to pay 1 to 2 million dollars for just that first stretch of terrain, it kind of speaks for the rest of the project," Bushman said.

Bushman said the requested funds would come from an established 1 cent sales tax in both the city and county, but a decision about providing the funds won't be made in the next few months.

"We have a lot of projects we're looking at right now," Bushman said. "This could be a project in the future. We're all for economic development of the county, but this is something that won't be decided for a while."

Bushman said the plan includes the developers paying the county or city the money back within two years, something he said would be a bit of a challenge.

"Boy, you're going to have to have a lot of retail there to be able to pay us back that quickly," Bushman said.

Bushman said he would like to see a list of potential retailers for the site before making a decision. He said the city has tried and failed to add a hotel downtown in the past, and he worried a shopping center would have a similar experience.

"I'd be interested in seeing who they're bringing into Jefferson City that we don't already have," Bushman said. "That could really help us make a decision."

Bushman and Stroud both acknowledged there is a lot of work to be done before anything is set in stone. Developers plan on also asking the city for $800,000 at the city council meeting on Dec. 21.

"It could be a great addition to the city and county," Bushman said. "But it could be just a dream. We'll have to wait and see."