Missouri 10-33 remembers those lost in the line of duty 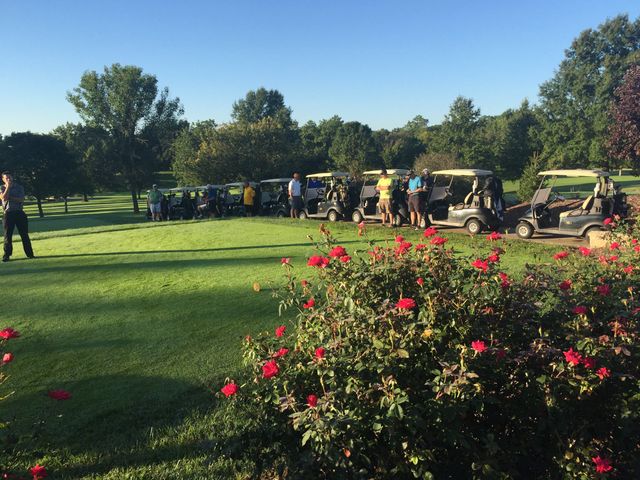 COLUMBIA- On a day where so many people around the country remember those lost on 9/11, the Missouri 10-33 benevolent fund remembers those in Missouri who have died in the line of duty.

The Missouri 10-33 benevolent fund was formed to give immediate assistant to the families of public service officers who have died in the line of duty.

The fund hosted a golf tournament this morning at the Columbia Country club to raise money for those families.

Trooper Shawn Brazas was one of the golfers representing the Missouri Highway Patrol and said this was an event he has had marked on his calendar.

“In the highway patrol this hit us home because we’ve lost some officers recently due to highway related incidents and those families have benefited directly from the 10-33 fund,” Brazas said.

“I wouldn’t miss this for anything,” Brazas said. “All the support for not only highway patrol but all sheriff’s departments and local agencies, it is extremely important to our group.”

The event attracted many Columbia residents who all share a common tragedy. The organizations goal was to raise enough money to assist the family members of the fallen.

Former Missouri Governor Roger Wilson is the head of the fund and this is an extremely close cause to his family.

“Our family had an incident in 1933, the first highway patrolmen killed in the line of duty and our grandfather was killed in the same incident,” Wilson said. “Our grandmother got no support, she had five kids and that was extremely tough.”

The organization provides an immediate $5000-dollar stipend to the family of any fallen worker.

“Anybody that is protecting you and I whether it’s the sheriff’s department here in Boone County or a prosecutor over in St. Louis, it doesn’t make any difference,” Wilson said. “If they have to do with the public safety of you and I they are a part of this organization and will be covered by it.”

Wilson said that between 9/11 and recent events in Columbia, the event fell at a good time.

“We’ve had a terrible run these last 60 days,” Wilson said. “We’ve had three firefighters, one highway worker and one police officer pass away.”

Wilson said the organization gets the families the stipend within 48 hours of the death’s confirmation.

The organization is expected to have made over $35,000 and the money will go directly to providing families with that stipend.