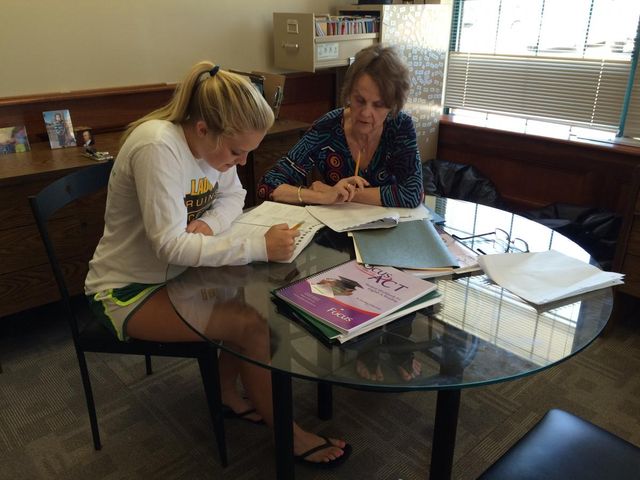 According to a press release by the Department of Elementary and Secondary Education, high school graduates in Missouri averaged 21.7, while all students nationwide averaged 21.6.

"We are pleased that the percent of Missouri students meeting readiness benchmarks continues to exceed national averages on all four measures: English, Mathematics, Reading and Science," the press release said.

But, one local educator said these numbers are nothing to brag about.

"It's just a slight increase. It's better than having a tenth of a point lower. But does it really impress me? No," said Dr. Ene-Kaja Chippendale, owner of Columbia's Focus on Learning, a tutoring center that preps students of all ages for the SAT, ACT and school subjects.

She said the national average is nothing to brag about either, saying an average of 21 means children are answering only about half the questions on each sub-test accurately.

DESE said roughly 1,000 more Missouri graduates took the exam this year than in 2014, something Chippendale attributes to Missouri's new mandatory ACT testing which began in April.

"Schools are going to be very anxious to make sure their students score at benchmark levels their junior year," Chippendale said.

As an educator, she said that the above average numbers should neither impress, nor discourage parents.

"I don't think the averages matter that much per se to parents. I think it's really about what their student's capable of."