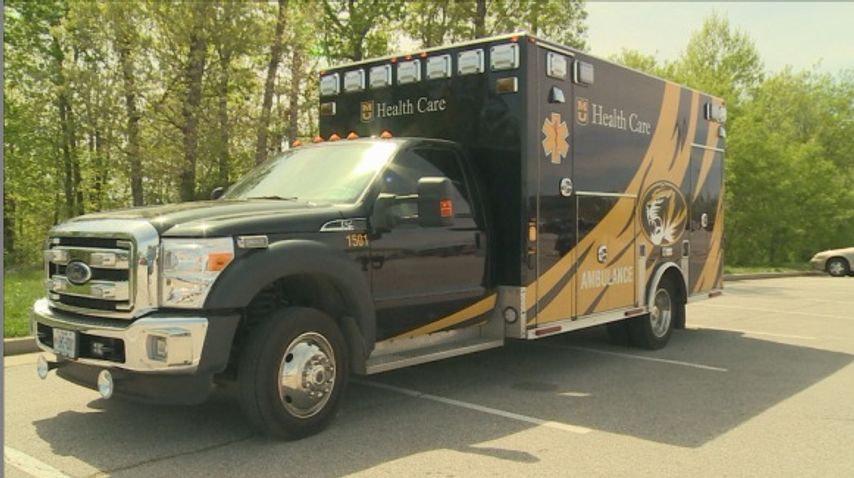 COLUMBIA — Missouri is one of 30 states that adopted the Society of Automotive Engineers (SAE) standards to improve patient safety inside an ambulance during a collision.

"The state of Missouri does, but if you look over to Illinois, Illinois does not," Ned Clifton, sales manager at American Response Vehicles, said about which states require the adoption of the new ground vehicle ambulance standards for ambulances manufactured after 2015.

The SAE J3027 requires that ambulances produced after July 1, 2015 meet new fabrication and model criteria of the cots (stretchers), the mounting system (what holds the cot into the ambulance), and the fastener system.

"All the models are safe, this is just a retention standard that has changed. It's like when seatbelt came a long," sa Daryn Stark EMS supervisor for the University Hospital said. "It used to be that seatbelt weren't common in cars, and then they became mandated. It's the same type of thing. All structures are safe it's just a matter of changing the way you mount and secure the cot into the ambulance."

"The state of Missouri requires the center mount cot fasteners, but ambulances manufactured before July of 2015 can run the cot hook antlers. The reason for that is, if they had a sweeping requirement where would the funding come for these system," Clifton said.

The J3027 requires that ambulance manufacturers test their models to secure patients' safety during front, side and back crashes. The test criteria focuses on patients and occupants of the ambulance survival at a 30 mile per hour vehicle crash. Before the new requirements, the only test required was a 3,000 pound pull test with no crashing tests made.

"Most of the testing they are doing with them is for rollover standards. So, the retention of the cod during a rollover," Stark said. " It's all in retaining the cot safer so it doesn't come out of the tracks."

Ambulances with electric cots, called power cots, also benefit first responders. With the electronic system, the power cots are able to lift itself into the ambulance with little help. This types of cots and mount systems can spare the back of many EMS responders.