Missouri agribusiness experts get the latest on weather and crops 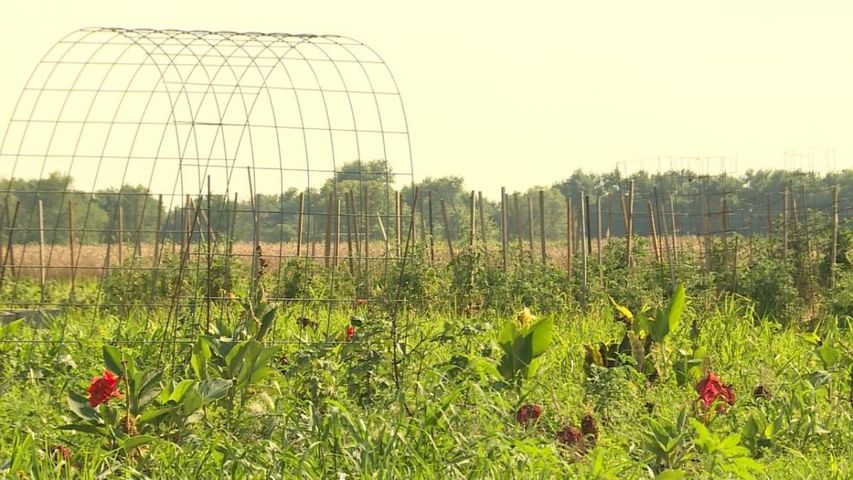 COLUMBIA - The weather is playing a big role in state agriculture this year.

Tuesday's Crop Injury Diagnostic Clinic at the Bradford Research Center in Columbia examined specific ways that crops are being affected now and what can be expected the rest of the year.

The annual clinic is targeted towards the people in agribusiness that advise the state's producers.

Those in agribusiness can get crop information from magazines and the web, but at the clinic they can get current information and hands-on experience.

"Most all of these 70 folks here are going to go out and work with farmers, so these 70 people will maybe help manage half to two-thirds of the crops in the state of Missouri," the center's superintendent Timothy Reinbott said. "We're training the trainer. Their influence ripples effects from here."

One of the major challenges focused on was the amount of rainfall this summer.

"If there's a hunch that it's been wet, it's been very wet," said MU Extension Climatologist Pat Guinan.

Guinan said based on records that go back to 1895, only in 1981 was there a wetter May through July.

"When we combine May, June,and July together we're running over 22 inches of rain and that's a lot of precipitation to fall," Guinan said.

Although the data may change slightly, Guinan said this year is only running about a third of an inch under the 1981 record of 22.5 inches.

"What's unusual is not only the amount of rain but just how well distributed throughout Missouri," Guinan said."There's not one area in Missouri, there's not one county that is running unusually dry. We're all very wet."

This statewide rainfall totals are similar to this timeframe in 2008 and 2009, but the affects on the crops are more than delayed planting.

Guinan said the stress of wet conditions has impacted nutrient loss in the soil.

"Our soil here in Missouri are very very poorly drained and that's a big looming factor that really raised its ugly head this year," Reinbott said.

Guinan's seminar Tuesday focused on a newer tool, Useful to Usable, that allows producers and consultants to compare things from climate data to yield data over states, counties, and years.

By researchers sharing their information, the consultants in agribusiness can make management tools that are good for the farmers.

Travis Belt, a regional agronomist for Mycogen Seeds, has been coming to the clinic for more than ten years.

"You can read about it but you don't get the one on one experience and the clarification," Belt said.

As someone who manages people who deal with consumers and growers, Belt said the information at the clinic provides the sound science behind the decisions producers make.

"We need to be aware of what this is and what's going on down the road and how we can advise as crop advisers the farmers and the general public about what to do," Reinbott said.

He said one positive side of all the rain is the decrease in insects.

"All the rain drowned some of them out.  Also it causes them to have disease problems and it killed some of those, but at the same time we see a rise in other ones like Japanese Beetle," Reinbott said.

Reinbott said he predicts soybean crops may experience diseases later in the summer.

The weather affect on yield, Reinbott said, will affect the prices for the farmer a lot.  But due to the number of middlemen, consumers will not immediately be affected but there may be some long range affect.

Wednesday's seminars include topics on how to get rid of the excess water farmers may be facing.