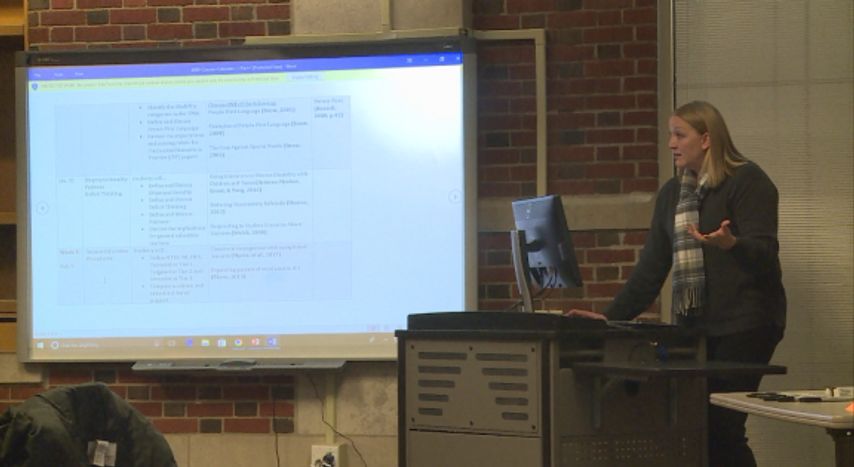 The Missouri Department of Elementary and Secondary Education says salary issues are one of the reasons fewer people are getting teaching certificates in the state.

The average starting salary in Missouri is $31,842, nearly $7,000 less than the national average.

The Missouri State Teachers Association released its Salary Schedule and Benefits Report on Tuesday. It says there is a $19,428 difference between the highest paying district and the districts paying the state-mandated minimum starting salary in Missouri.

"I don't think it's surprising that we're ranked where we are," said Todd Fuller, MSTA Director of Communications. "For starting teacher salary to be that near the bottom, it's discouraging."

Fuller said one of the most surprising facts from MSTA's report is the relationship between enrollment rates and salary rates. Even though Columbia has double the enrollment of Jefferson City, its teachers make slightly smaller starting salaries. For maximum salaries, Jefferson City teachers can make almost $10,000 more.

The number of parents who want their kids to become teachers has decreased almost 30 percent since 2009. A former teacher said this sometimes prevents students from studying education in college.

"We have stories of people wanting to teach but their families discourage them," said Tina Van Ness, of the MU College of Education.

Van Ness said many people choose to teach because of passion, like she did. She said low salaries are, in part, due to a lack of appreciation for a teacher's impact.

"These children are our future, so I certainly wish our society would place a higher value on that and thereby compensate them for the work that they do," she said.

Fuller said teachers are not compensated fairly for the work they do, and he wants the state to focus more on recruiting and retaining qualified teachers.