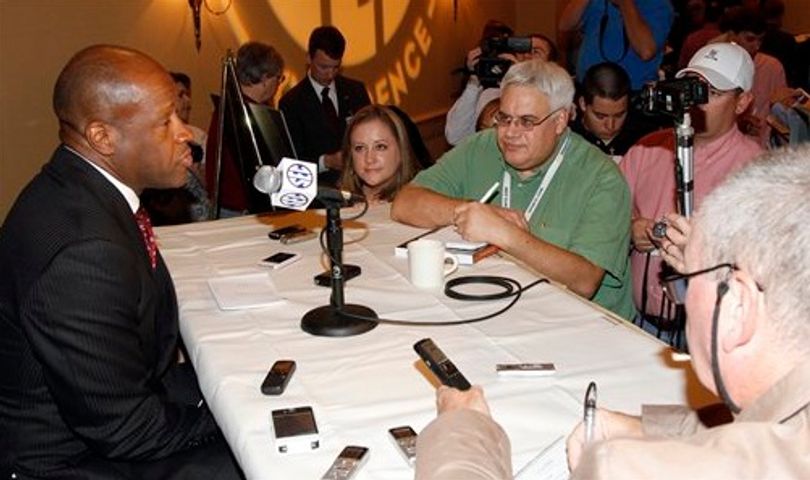 HOOVER, AL -- With exhibition events beginning for basketball at the start of next week, all of the head coaches from the Southeastern Conference gathered to preview the upcoming men's and women's seasons.

One of the most popular storylines of the day was the relationship between Missouri and Arkansas with former Missouri head coach and current Arkansas head coach Mike Anderson.

During Anderson's press conference reporters asked him almost as many questions about Missouri as they did about his current team.

KOMU caught up with the former Tiger coach as well as the current one to talk about the potential Missouri-Arkansas rivalry and Anderson's return to Columbia after his controversial departure.

Anderson said, "We enjoyed our time there our fans went home a lot of nights, they went home real happy and I think they're proud of what took place in that program, there's a lot and I'll say it again, we got the right kids in there and to me that's what it's all about you can be proud of your program when I got there, it was not at that point."

"Mike did a great job, he came in and you know did an unbelievable job getting that program where it was put on stable footing and recruited very well, he did an outstanding job and I think the fan base will be, they will be good to mike and a lot of folks appreciate the job that Mike did in Columbia," said Haith.

Frank Haith and Tigers travel to Arkansas on February 16 before Anderson and the Razorbacks visit Columbia on March 5.