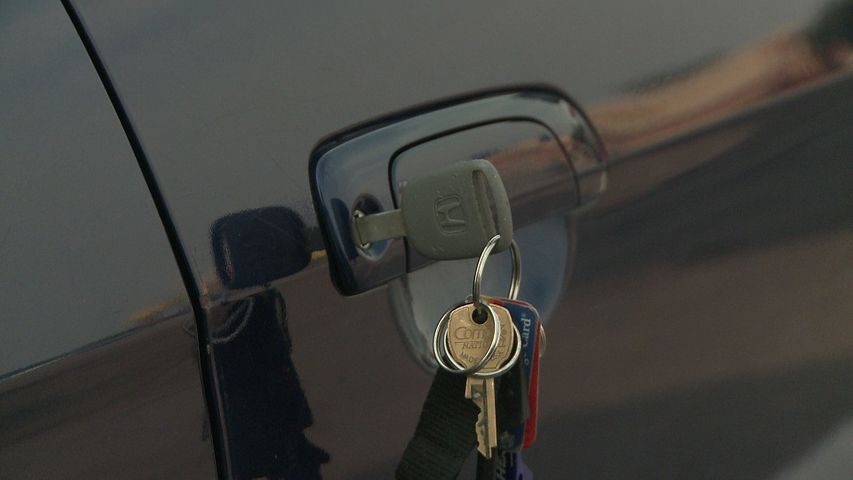 JEFFERSON CITY - Statistics show auto theft continues to be a major problem in the state this year, according to an insurance organization. The Missouri Insurance Information Service said the problem greatly effects law enforcement, insurance companies, and especially Missouri motorists.

The Missouri Highway Patrol released statistics showing 15,826 reports of vehicles stolen in the state during 2011.  Brent Butler, Government Affairs Director for MIIS, said this number is greater than past reports.

"The number of auto thefts slightly increased from 2010, showing that this crime still continues to be a big business and Missouri motorists are paying for it," he said in the insurance company's press release.

Butler said larger cities such as St. Louis and Kansas City remain primary targets.  But Sergeant Tim Timmin of the Missouri Highway Patrol told KOMU 8, as populations in Mid-Missouri continue to grow, the threat is always increasing. He added the key to preventing auto theft from happening though, is simply being smart.

"Thieves, especially auto thieves, are inherently lazy, so as long as you take the proper steps to keep your car locked up and the criminals out, they will move on to the next car.  The problem is that not everybody locks their car," he said.

According to Butler and the MIIS, the national estimated value of stolen vehicles is $6,152 for each car.  This means auto theft cost Missouri over $97 million in 2011.