Missouri Baseball Commit Has A Big Decision To Make 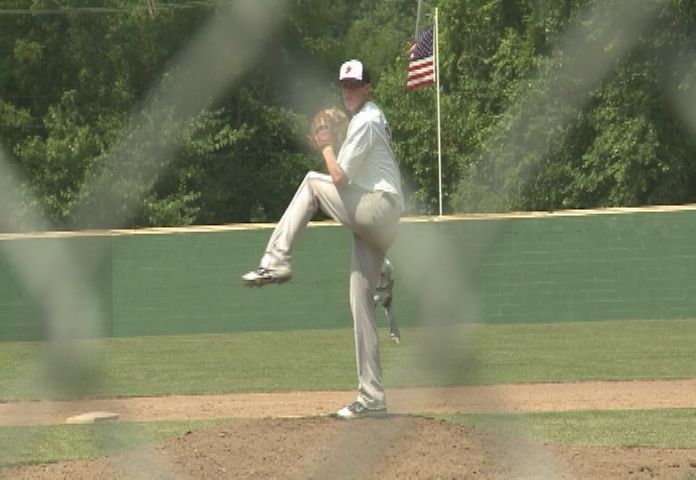 FAYETTE, MO - The Missouri baseball team wants to see Brett Graves in black and gold.
Tim Jamieson, the Missouri Baseball coach says, "He (Graves) competes, he throw strikes, his stuff is already good enough to have a roll in our conference but we know it's going to get better because he's a competitor."

Brett Graves, a graduate of Francis Howell High School says, "I'm looking forward to being at Mizzou in the fall, and just ready to get going."

But the St. Louis Cardinals want to see him rock the red. Jamieson adds, "We're hoping that he ends up at our place after being drafted by the cardinals."

Graves says that he is still waiting on the Cardinals to give him a call. But the Tigers might have the sweeter deal. If Graves doesn't sign with the Cardinals, he will be playing at Mizzou with Francis Howell teammates Case Munson and Jake Ivory.

Case Munson, Graves teammate says, "Oh yeah, I think it will be fun because not only will we have each other's backs throughout the game and in the sport, but in college as well - together doing classes, staying out of trouble, just being there for each other and having that bond already which is a great experience and it's a blessing."

Munson and Graves have played together for 10 years and are looking forward to the future.

Graves concludes by saying of his future, "Hopefully it's at Mizzou and it's ready to go."