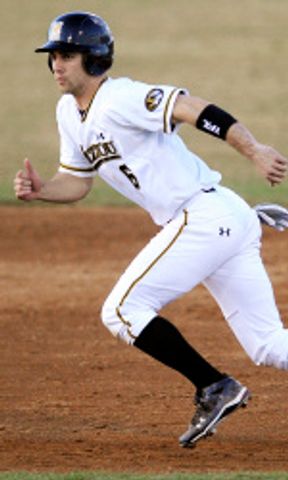 SAN FRANCISCO, CA -- The Mizzou baseball team spoiled a great effort from junior starter Eric Anderson as it fell, 3-1, on Friday afternoon to San Francisco. With the loss, the Tigers fall to 2-2 on the season. Anderson went 7.1 innings and allowed just seven hits and one walk while striking out five on 97 pitches, but he gave up two earned runs and was dealt his second loss of the season.

Mizzou got to Zimmer in the first as two-hole hitter Brannon Champagne extended his hitting streak to four games with a knock up the middle. He then stole second, but Conner Mach struck out looking and Eric Garcia grounded out to the pitcher to strand Champagne in scoring position.

Anderson was sharp in his first half inning, retiring the side on just 14 pitches, due in large part to a great defensive play by senior catcher Ben Turner who gunned down a would-be base stealer to end the inning.

Anderson ran into some trouble in the third as he gave up three infield singles that resulted in the Dons' first run on a single to short by Justin Maffei.

The Tigers were tied in the eighth inning as Champagne grounded out to second with the bases loaded, tying the game at 1-1. But Mach was unable to drive in the go-ahead run as he flew out to left with two on and two outs.

USF broke the tie in bottom of the eighth. Anderson allowed the leadoff hitter to reach before retiring the second batter of the inning. Then in relief of Anderson, Blake Holovach gave up three hits and USF found itself back on top, 3-1.

The Tigers attempted to rally in the ninth as Garcia led off with a single up the middle, but Turner hit into a double play and the Tigers lost the ball game.