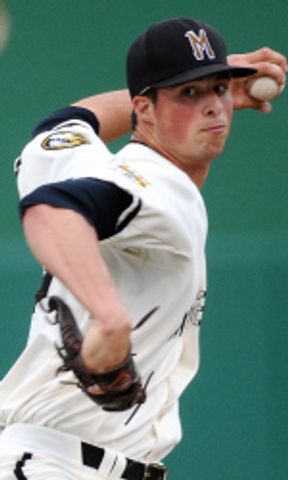 COLUMBIA -- Missouri starting pitcher Blake Holovach gave up four runs in 5.2 innings on nine hits, a hole that Missouri (16-13) was unable to climb out of in the 5-3 loss despite a late rally. The Tigers threatened to put up big innings in the seventh and eighth, but left three runners stranded in scoring position of the final three frames. Brannon Champagne of Mizzou extended his streak of reaching base safely to 21 consecutive games in the losing effort.

Baylor jumped on Mizzou early as the Bears' leadoff batter sent a fly ball over the left field fence to start the game and take a 1-0 lead.

The Bears preserved their 1-0 lead until the bottom of the fifth inning when Ben Turner's single in the bottom of the fifth ended a streak of 13 batters retired for Mizzou. Dane Opel followed that with a single of his own, putting two on with one out. Gavin Stark then loaded the bases with an infield single, and an error by Baylor scored the run to tie the game at one before the inning ended.

Back to back hits put runners on second and third with no outs in the top of the sixth for the Bears, and a single to center scored both runners to give Baylor a 3-1 lead. A two-out double to right scored another run for the Bears, giving them a 4-1 advantage.

An error put the first batter aboard for Baylor in the seventh, and a wild pitch moved him to second before a flyout to center advanced the runner to third. A single to right scored the run to make the score 5-1 favoring Baylor before the inning ended.

Dillon Everett walked with an out in the bottom of the seventh, and Champagne walked with two outs to keep his on-base streak going at 21 games. A single with a throwing error then gave Mizzou its second run of the game, making the score 5-2. Conner Mach then walked to load the bases, and Eric Garcia walked to score another run, making the score 5-3 heading to the eighth.

The Tigers could not get anything going the rest of the game and fell to the Bears, 5-3.

Mizzou takes on Baylor for the final time Saturday at 11 a.m.