Missouri bill raises the stakes in fight over "fake meat" 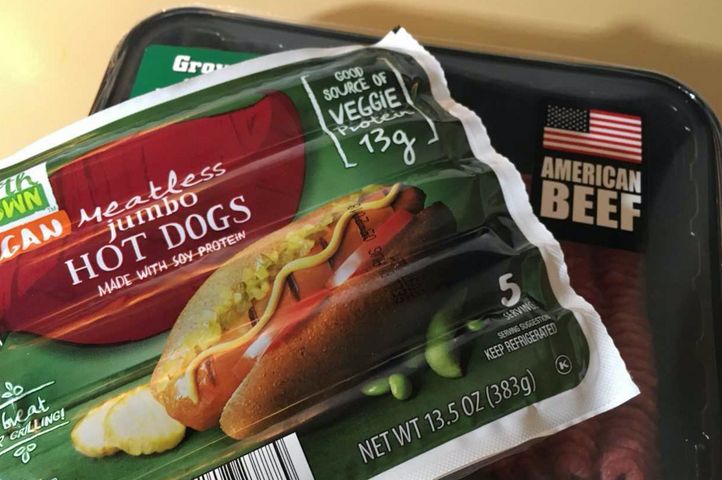 COLUMBIA - The Missouri House passed a provision that could raise the stakes in the fight between farmers and the meat substitute industry.

The bill would ban companies that sell lab-grown or plant-based meat substitutes from marketing those products as meat.

The Missouri Cattlemen's Association supports Missouri's proposed labeling law. Members like cattle rancher Greg Buckman say the labeling on meat substitutes can be misleading, and consumers can confuse those products with the "real deal."

Proponents of plant-based products say they are a healthy alternative to meat, and they reduce the number of animals raised for food. They also cite the environmental benefits of plant-based meat substitutes, which produce 10 times less greenhouse gas than livestock, according to the Federation of American Societies for Experimental Biology.

U.S. sales of plant-based substitutes for animal food products rose by 8.1 percent between 2016 and 2017.

According to the Plant Based Food Association, 36 percent of consumers purchase plant-based meat substitutes. Among millennials, that figure jumps to 60 percent.

Buckman said plant-based substitutes are still a valuable source of protein, and they should be allowed on the market—they should just be clearly labeled.

Plant-based products go by names like Beyond Meat and Impossible Burger.

"We simply want our product, the beef product, to be labeled as beef and meat that was grown from an animal," Buckman said. "Whatever they want to grow in a petri dish or squeeze out of a plant, they need to call it what it is."

Buckman says more consumers are seeking to know where their food comes and are looking for a "natural" product. And he says they need look no further than the local farms and ranches around them.

"We let mother nature do our work, and we're just the stewards," Buckman said.

Earlier this year, France implemented a similar law prohibiting non-animal foods from being labeled like animal-derived products. France's law would apply to labels like "veggie burgers" or "tofu steaks."

If Missouri's bill becomes law, it would be the first state measure prohibiting products from being marketed as "meat" unless they are derived from livestock.