(AP) - St. Louis police, firefighters and other first responders no longer would have to live in St. Louis.

Under a bill headed by Gov. Mike Parson. Missouri senators passed a bill to end the St. Louis residency requirement on Wednesday. 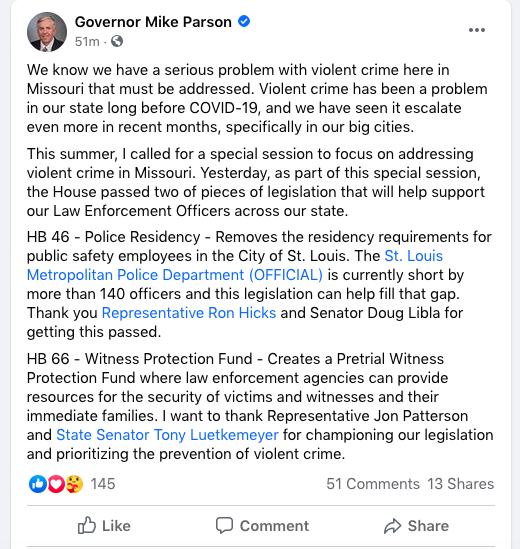 St. Louis lawmakers argued that the decision should be left to area voters.

The residency requirement is on the city's Nov. 3 ballot. If Parson signs the bill into law, it will make the local Nov. 3 vote useless.