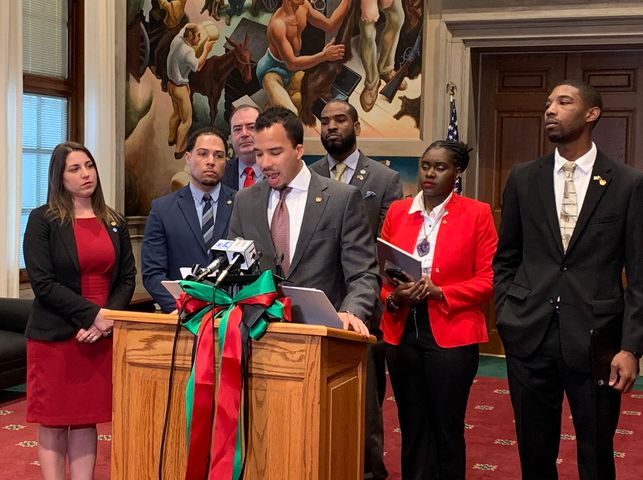 JEFFERSON CITY - Members of the Missouri Legislative Black Caucus met Monday morning at the Capitol. The group held a news conference to discuss legislation and honor African-Americans in Missouri history.

The Black Caucus is a group of Missouri representatives who identify as African-American and work to close racial equality gaps in the state. The news conference addressed several House bills focused on recognizing historic Black figures in Missouri.

Windham said history shows that, "out of 7,000 Missouri legislators, less than 140 of them have been African-American or identified as Black."

"We're talking about our history, our nation's history and the history of our state," Roberts said.

Roberts concluded the conference by saying, "We're calling on all of us to continue this progress and look forward, together, to a better future."