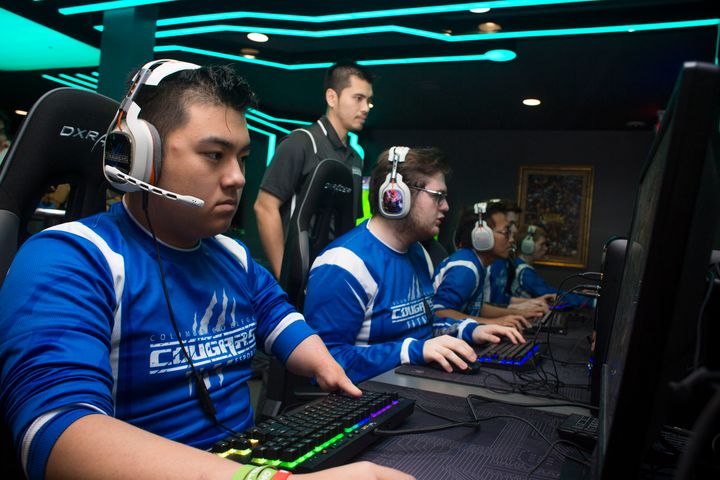 On Saturday, Columbia College's eSports team will travel to Denver to compete in the AVGL (American Video Game League) championship tournament against the University of Houston. One hundred and ten teams participated in the two-week online tournament, which began on September 21.

Although scholarship prize money will not be awarded at the competition, the tournament will cover the teams travel expenses and will provide gaming equipment to the participants.

Esports is not revenue generating for the college, but Curtis said it enables the school to reach the next generation of students.

“I think this was an extremely creative way to reach out to a different group of students that we typically wouldn’t have attracted to  our campus,” Curtis said. “For us to be able to offer a scholarship like this to students interested in gaming, those students can come to our campus, get a great education and add to what is already a diverse campus.”

Down the road from Columbia College, another eSports team is gearing up for competition. Stephens College's eSports team will compete against Kansas Wesleyan University Monday night.

The college became the first in the nation to form an all-woman varsity eSports team in May. Both Stephens College and Columbia college offer partial scholarships to the gamers.

MU, unlike its smaller neighboring colleges, has an eSports club, but not a varsity team.

In other business news, Missouri will receive $2 million in a settlement with General Motors Company over faulty ignition switches. The state's settlement is part of a $120 million dollar settlement that GM reached with 49 states and Washington D.C., according to a press release from the Missouri Attorney General's office.

The settlement concludes a multi-state investigation into GM's failure to disclose known safety defects related to its key and ignition switches, according to the release.

Missouri submitted a proposal for Amazon's headquarters that includes Columbia. The proposal included a request for Amazon to consider putting its headquarters in what Missouri calls an "innovation corridor" across the state.

The corridor would run along I-70 to include Kansas City, Columbia and St. Louis. Cities across the nation and Canada had until October 19 to submit their bids. Amazon said it will announce the winning city in 2018.