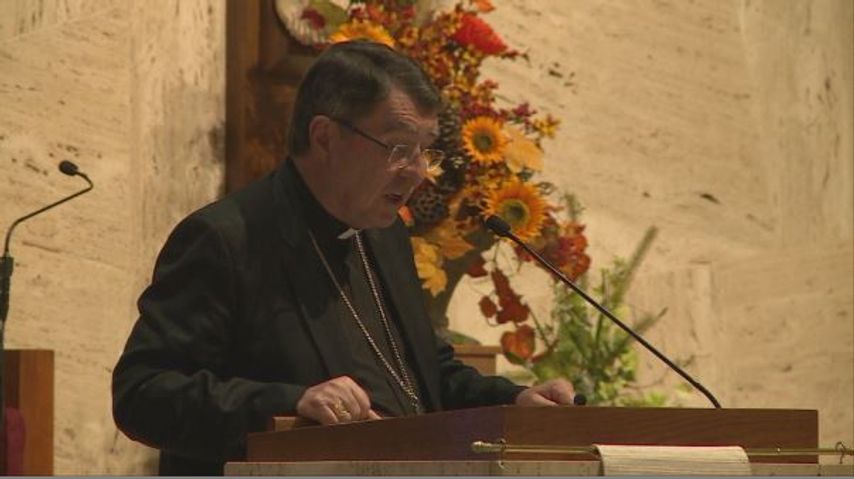 JEFFERSON CITY - The Missouri Catholic Conference hosted Archbishop, and Apostolic Nuncia to the United States, Christophe Pierre, as its keynote speaker for the 50th Anniversary on Saturday.

"We were fortunate to get him," Executive Director of the Missouri Catholic Conference Mike Hoey said. "We're really excited to have him as our keynote speaker."

People traveled from all over the state to hear the Archbishop speak, including one St. Louis woman who enjoyed Pierre's use of the rosary.

"Archbishop Pierre did us all a wonderful speech today by bringing the joyful rosary to us," Theresa Orozco said. "He did it in a way that makes our work at the Missouri Catholic Conference in justice and in our way of perish and in the greater world in a relevant way."

"He also brought us greetings from the Holy Father," Orozco said. "Papa Fransisco is one of my favorites and I enjoyed having that closeness with him here through the Archbishop."

The conference featured workshops and seminars throughout the morning, and provided lunch for all in attendance.