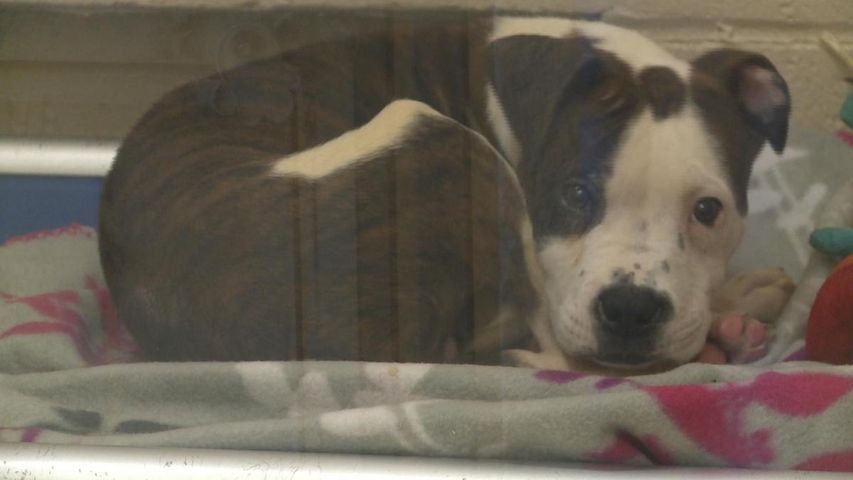 Ashland currently has a ban in place. The ordinance was enacted in October 1987 and states, "It shall be unlawful to keep, harbor, own or in any way possess within the corporate limits of the city of Ashland, Missouri any pit bull dog." It goes on to state pit bull dogs include Staffordshire bull terriers, American pit bull terriers, American Staffordshire terriers, any dog mixed with one of those three breeds and any dog that appears to be mixed with one of those three breeds.

This ban prevents some people from moving to Ashland including Cami Fick, the owner of two pit bulls, "They're my family, they're just like my other kids."

Fick said moving to Ashland would be more convenient for both her and her boyfriend's commutes.

Ashland Police Chief Lyn Woolford said the ordinance was put in place for safety reasons, "It's a safety issue is what it is. People are fearful that they themselves, their neighbors, their children may be injured by the dogs," Woolford said.

Ashland is not the only city with such a policy. At least 64 other cities throughout Missouri have similar bans.

Ordinances like Ashland's do not only affect dog owners, though. The bans make adopting out bully breeds more difficult for rescues and shelters throughout the area. Central Missouri Humane Society employee Michell Casey said the rescue has a harder time finding homes for its bully breed dogs.

"That difficulty can be attributed to many different factors including breed restrictions, insurance and housing restrictions and just basic stigmas in the community about the breeds in general," Casey said.

If the state government puts a muzzle on breed-specific legislation, it could help rescuers help more dogs.

"There's no telling how much it could actually affect us," Casey said. "Obviously, the more communities that are open to these breeds, the more potential for adoption we have."

Lueckenhoff said she worries about her children, "I don't want my kids to have to walk down the street coming home from school and worry about somebody's pit bull."

Lueckenhoff said she changed her running routine because of other areas without bans like Ashland's. Lueckenhoff used to run in Holts Summit, but that's since changed, "I would run and occassionally I would have these big dogs come at me."

The bill is currently waiting to be voted on.