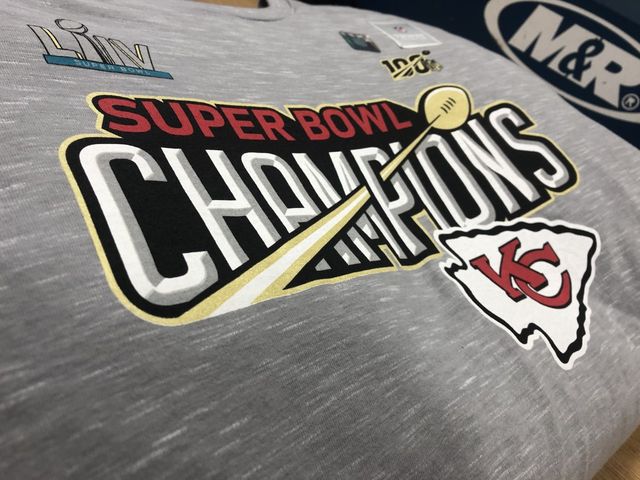 Rodney McNeil, a Missouri Cotton Exchange worker, was not able to finish the game because he had to start making shirts, keeping him awake overnight.

"Since 8:30 last night, midway to the fourth quarter," McNeil said. "We had to have everything done, set up, ready to go, so when we won the game we start printing."

"We started printing at the end of the game," Looten said. "We have to be done by 3 p.m. at the absolute latest."

The crews had been rotating throughout the day, but McNeill sacrificed the best part of the game to make the shirts.

"I thought I was coming here just to show up and leave," McNeil said. "Then we got the last touchdown, Mahomes got the ball back. I knew we were going to be champs."

Even though he couldn't watch the game, he is happy the Chiefs won, and like him, other fans are excited.

"Missouri is so crazy about their Chiefs, I mean wow!," fan Randy Minchew said. "So it's kind of infectious."