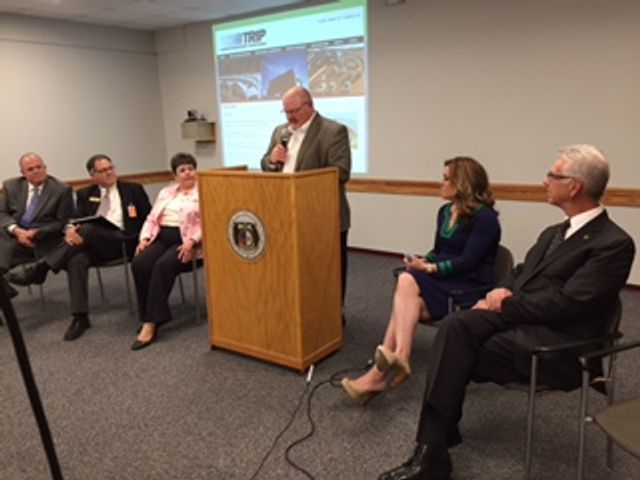 Some drivers agree Missouri roads need a lot of work.

"I've ran through two sets of tires this year, there are potholes everywhere, you use the department of corrections inmates to clean it up, but all we get is some bottles picked up here and there," Driver Christian Hamlett said.

According to TRIP, deficient roads and bridges in Missouri are costing the state $4.5 billion a year. In Jefferson City, drivers are spending an average of $1,300 on car repairs due to unmaintained roads.

A panel including the business leaders and MoDOT commented on the report, and said the findings are a "wake up call" for Missouri. Officials said the state isn't allocating  enough to spend on roads.

"That underinvestment has consequences, it has consequences to our system. We're talking about the deterioration of bridge, bridges will close. Will roads close? Probably so, if they're not in a safe enough condition," said Central District Engineer David Silvester.

One of the authors of the study and associate director of research Carolyn Bonifas Kelly said these bridges are safe for travel, and are maintained, but a number of them need extra care.

"They are maintained and monitored on a regular basis by the organizations that are responsible for their upkeep, but many of them are in need of significant repairs or even replacement," Kelly said.

Missouri has the seventh largest highway system, but ranks 46th in terms of funding spent per mile, and TRIP said the problems will only get worse without an increase.

Missouri officials on the panel said they support the two cent gas tax increase that is currently being debated by the Senate.

"Two cents for our roads, two cents for 4,000 fatalities. Thats ridiculous, but its reality," CAE President of The Associate General Contractors of Missouri Len Toenjes said.