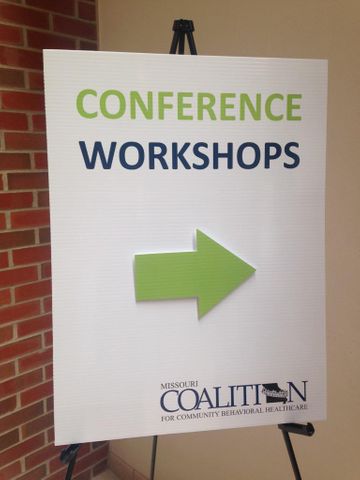 COLUMBIA - Police officers in Missouri are educating professionals about dealing with mental health issues. According to the National Alliance on Mental Illness, approximately one in five adults in the U.S. experiences mental illness in a given year.

Sgt. Larry White, who co-chairs the Missouri CIT, said the training program is about helping people work with others suffering from a mental illness or personal crisis.

"If we're handling one in ten or every fifth call with somebody in a crisis, we need to know how to deal with them," White said. "It's good community building."

The conference was the first of its kind after the Missouri CIT Council received enough funding from the Missouri Department of Mental Health. The conference allowed trained officers to talk with attendees about what the training provides and how attendees can fund a council of their own if there is not one in their area.

"Everything with mental illness has a negative connotation," White said." "We're trying to change some of that."

White said other states have CIT councils, but many do not have state councils. He said having a state council in Missouri allows different parts of the state to help educate a larger audience and work together through experiences.

White said he sees he future of this program expanding its education on different mental illnesses.

"We're going to really have to start dealing with dementia, Alzheimer's, things in that realm," White said.