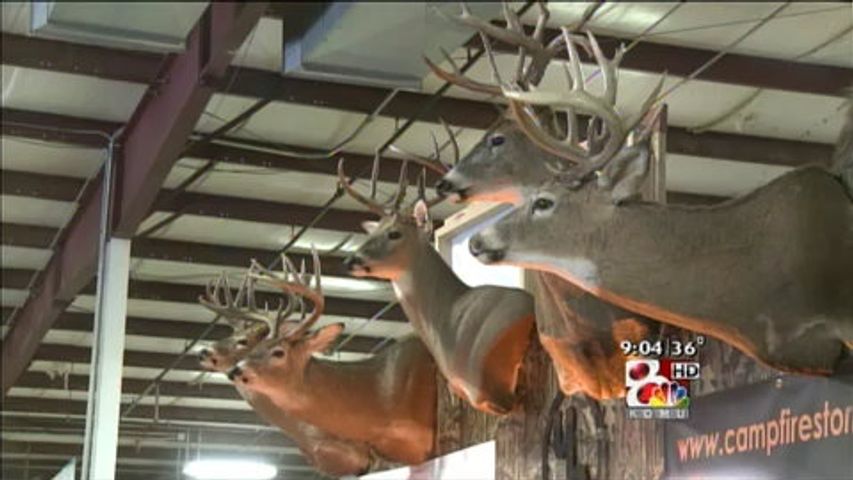 BOONE COUNTY - Thousands of hunters and outdoorsmen came from across the state and region this weekend to take part in the 28th Annual Missouri Deer Classic. Organizers say this year was a record year with attendance reaching around 10,000 people. Some credit that to the rich tradition of Missouri hunting.

"For some families that [deer season] is the one time a year they get together and get to see their uncle and their brother and things like that," said show director Joe Pendergrass. "They make it a point to get together."

But this year, it was more than just about deer. Several of the more than 100 vendors focused on different things like waterfowl or turkey hunting or fishing.

The Missouri Deer Classic is still a place to swap big buck stories, though.

Terry Hoyt shot the biggest buck in Ralls County this year. It scored a 222.

"All of a sudden I look out of the corner of my eye and there was this great big monster standing there," said Hoyt as he recalled the tale. "I just saw one side. I got lucky enough to get a shot off."

Hoyt had two other bucks at the classic this year - one he shot in 2011 and the other in 2010 - but his big buck is the one with the nickname.

"The deer's got a name," said Hoyt. "They call him freakazoid"

Organizers are already looking forward to next year's event and are considering extending it to three days instead of two.