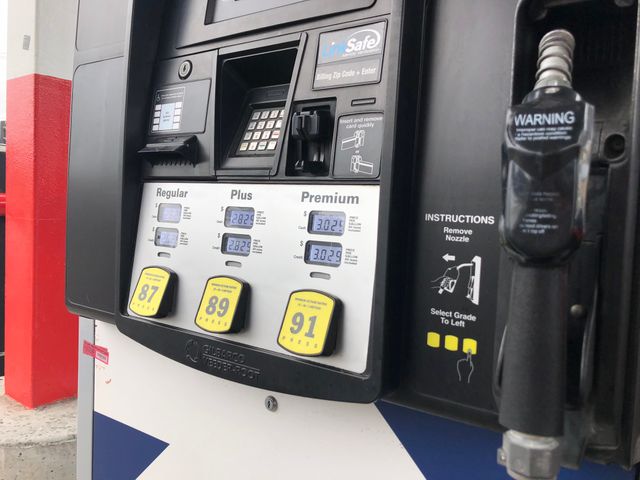 COLUMBIA - Missouri gas prices are about 35 cents per gallon higher than they were at the same time last year, a AAA Missouri spokesman said.

Columbia resident Zach Cotner said high gas prices are particularly difficult for him because of his daily commute to Moberly.

"I'm getting probably fifteen, sixteen miles to the gallon, and almost three dollars adds up pretty quick," Cotner said. "Luckily, my commute's only interstate, but it gets pricey after a while, eats into a lot of my checks," he said.

"It just costs seven dollars more to fill up than it normally does," Martin said.

According to a AAA news release, hurricanes and Iran sanctions could cause an additional increase in gas prices. The organization predicts the national gas price average will be $2.70 this fall.