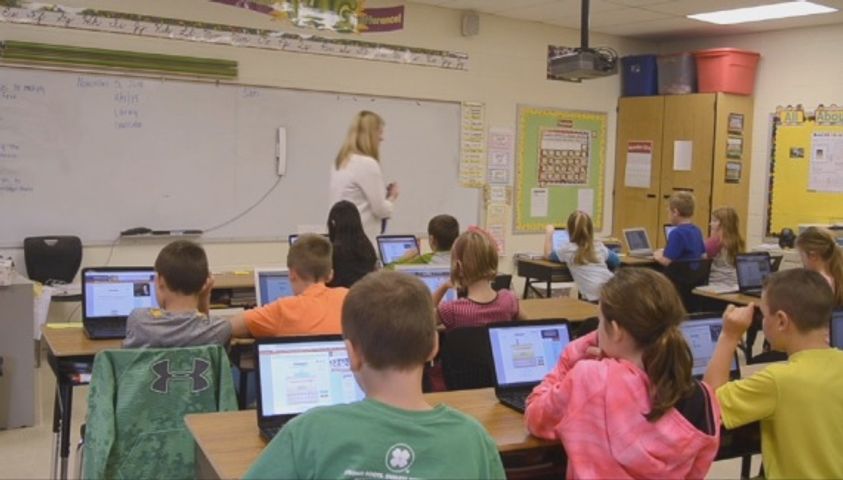 JEFFERSON CITY - After a year of preparation by Missouri's teachers and students to mold districts to the Common Core learning standard, the test associated with the new standards is no more in Missouri.

Gov. Jay Nixon signed into law an appropriations bill that cuts $4.2 million dollars from the Missouri Department of Elementary and Secondary Education budget that paid for the tests by distributor Smarter Balanced Assessment Consortium (SBAC).

Federal law requires states to conduct standardized tests, so education administrators will have to scramble to come up with an alternative in time for next spring.

"We are currently looking searching for options for that test, and we should have something in place for the next testing season," Nancy Bowles, DESE Communication Specialist, said.

The Common Core State Standards and its corresponding assessments have been a source of controversy. According to a survey of 5,700 teachers conducted by the Missouri State Teachers Association in May 2015, 52 percent of respondents said preparing students for the SBAC tests this spring took up more classroom time than previous tests.

"I think that the biggest concern is that we are looking at a different test now for each of the last four years." Todd Fuller, Missouri State Teachers Association spokesman, said. "Teachers are never afraid of rigor, they are never afraid of accountability, but the importance is to have some sort of consistency."

Missouri's Department of Elementary and Secondary Education has nine months come up with an alternative standardized test to avoid breaking the No Child Left Behind Act.

As of right now, DESE does not have a set date to announce a new exam.