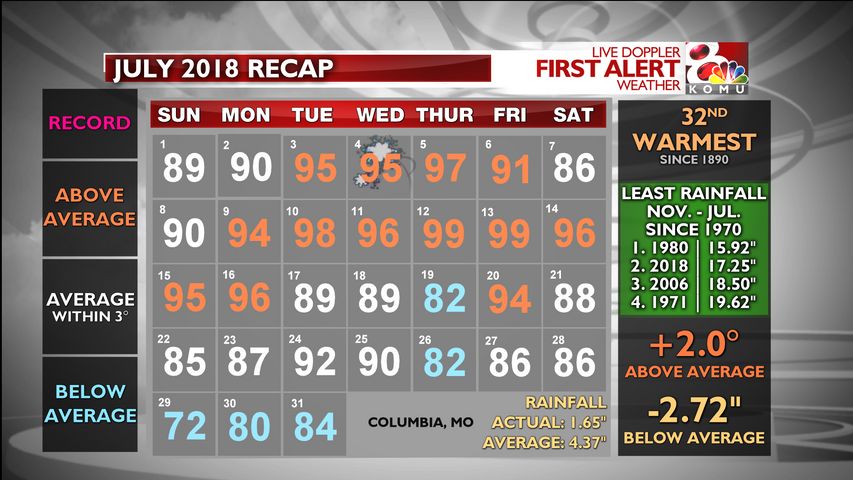 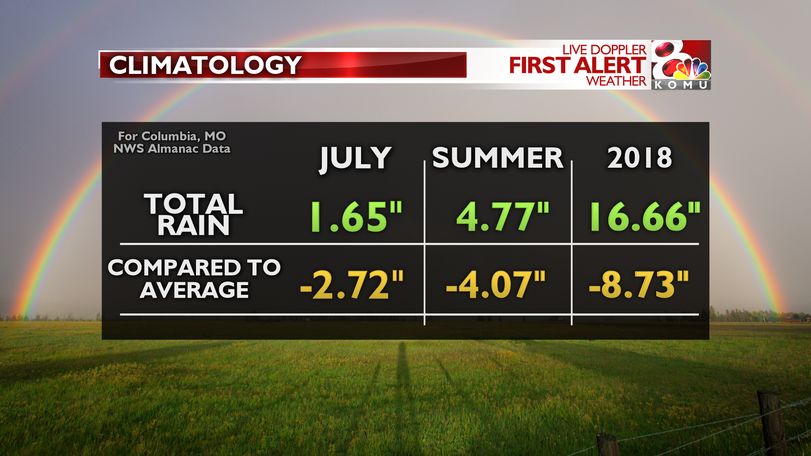 COLUMBIA - The weather in 2018 has been nothing short of extreme. From a long and cold winter, to the driest April, skipping spring and right into the hottest May and the fourth hottest June, along with flooding at the end of June due to significant rainfall for only a narrow portion of mid-Missouri... this year has been a weather roller coaster. One thing that has carried through, however, is the lack of moisture.

These dry conditions, combined with intense heat for multiple months, has lead to a serious drought for at least half the state. In June, Governor Parson issued a drought alert for nearly half the counties in Missouri.

This year has also seen a larger discrepancy in rainfall throughout the state. Areas mainly along and south of Interstate 70 (and especially I-44) have experienced much more rainfall than areas to the north, hence the difference in the drought conditions. In 2012, the lack of rainfall was more widespread. Therefore, in 2018, the conditions and drought north of I-70 are on par with 2012 and not so for areas to the south (luckily for them).

Sadly, August doesn't look like a very wet one. The first half of the month is expected to experience below average precipitation. That, along with expected above average temperatures, will likely increase drought conditions through much of the state.