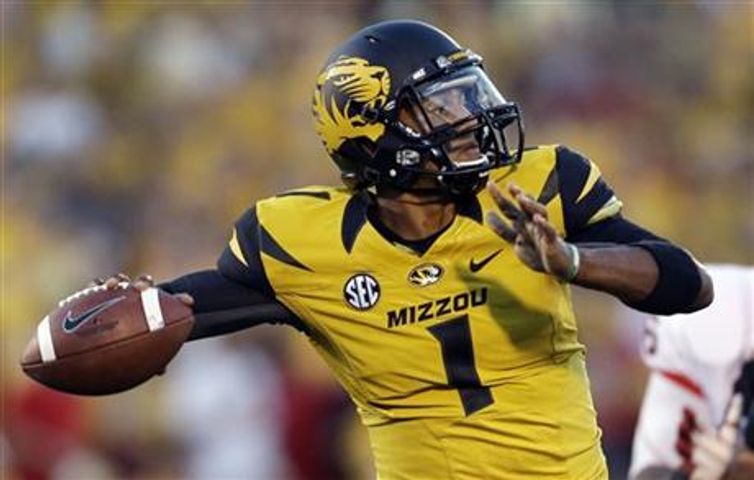 COLUMBIA - The Missouri Tigers moved up in the rankings Sunday and the team is now positioned closely behind college football's undefeated national title contenders.

Missouri moved back into the top five in the Associated Press poll for the second time this season after defeating Mississippi 24-10 Saturday.

The new rankings came out Sunday and the Tigers are ranked fifth behind Alabama, Florida State, Ohio State and Auburn.

Missouri was ranked fifth in the AP poll during week nine this season, but the Tigers lost 27-24 at Faurot Field to South Carolina and dropped to the tenth slot.

Missouri also moved up in the BCS Standings to number five. The Tigers are ranked behind the same four programs in the BCS.

Missouri jumped Clemson this week to earn the fifth spot. After losing to South Carolina, Missouri was ranked behind one-loss Clemson in the BCS during weeks 10-13. Missouri jumped in the BCS today from number eight to number five.

The Tigers were able to move up after Baylor lost to Oklahoma State in Stillwater and Oregon was upset by Arizona in Tucson on Saturday.

Before this season, The Tigers were last ranked in the top five in 2008, when they were ranked third after improving to 5-0. Quarterback Chase Daniel was a senior that year and the Tigers were ranked sixth to start the season. The Tigers dropped to number 11 after losing to Oklahoma State.

Missouri was the top-ranked team in the country in 2007 after winning its final regular season game against fourth-ranked Kansas. Missouri dropped out of the top five that year after losing the Big 12 Championship game to Oklahoma in San Antonio.

Editor's Note: This story has been changed to reflect that this is the second time Missouri has cracked the AP top five this season. Missouri was also ranked fifth before losing to South Carolina.