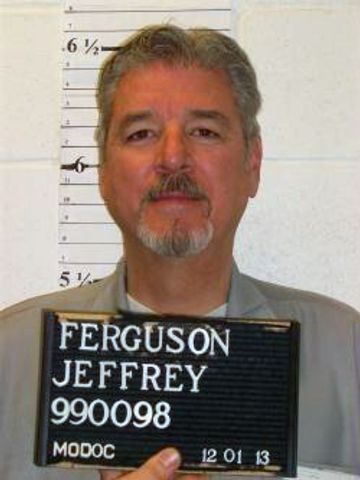 Ferguson was convicted for raping and killing 17-year-old Kelli Hall as she finished her shift at a Mobil gas station in St. Charles on Feb. 9, 1989. Her naked, frozen body was found 13 days later on a St. Louis County farm, and investigators determined she had been raped and strangled.

In his last statement, Ferguson said "At this point in my life, I believe that I am the best man that I've ever been. I'm sorry to have to be the cause that brings you all into this dark business of execution."

The 59-year-old man is the third man to be executed in Missouri this year. The state executed Herbert Smulls January 29 for killing a jewelry store owner during a robery. Michael Taylor was also executed on February 26 for raping and killing a Kansas-city area school girl. These are among the 72 executions carried out by Missouri since 1976.

Ferguson's execution comes a time when Missouri is under national scrutiny for being secretive about its execution practices. Ferguson's attorneys made last-minute court appeals challenging, among other things, the state's refusal to disclose where it gets its execution drugs.

Human rights groups are urging the American Pharmacist Association to ban members from assisting with execution. They are targeting the use of compounded drugs, which are not federally regulated.