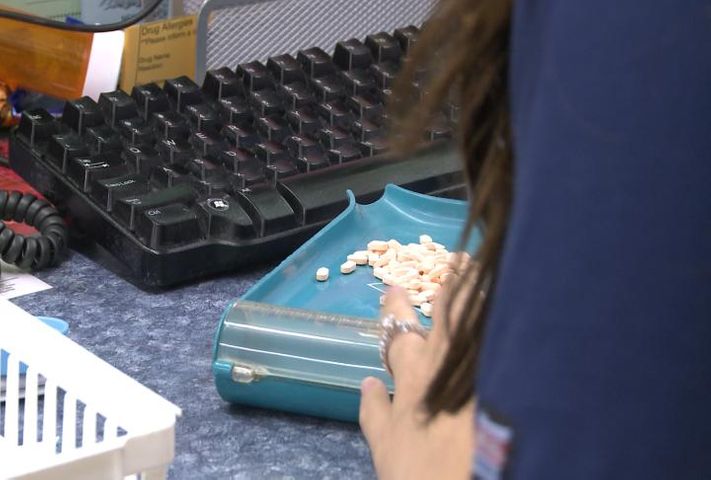 COLUMBIA - Non-profit group Trust for America's Health released a report Monday on how states are doing in trying to prevent prescription drug abuse.

Missouri fell far short, only fulfilling three of the 10 bullet points the group suggests for preventing the abuse. That could be the cause for Missouri having the seventh highest drug overdose mortality rate in the United States, with 17 per 100,000 people dying from a drug overdose.

In addition, Missouri is the only state in the nation without a drug-monitoring program, and one of only 18 states that doesn't require pharmacists to see an I.D. before doling out prescriptions drugs.

"We have no way of keeping track of where people are getting their prescriptions filled. A lot of drug seekers will doctor shop, they'll go around to urgent cares, emergency rooms, primary care doctors, and get a lot of prescriptions and fill them all over the place and there's no way of tracking that," said pharmacist Erica Hopkins-Wadlow.

As for preventing overdoses, prevention specialist at Phoenix Programs in Columbia said many people don't think about drug interactions, which often leads to overdoses.

"Some people may not know that one Percocet plus one beer equals about the equivalence of intoxication of about six beers," said Heather Harlan. "So it's not one plus one equals two, it's one plus one might equal 24."

Both Harlan and Hopkins-Wadlow offered some tips for preventing prescription drug abuse.