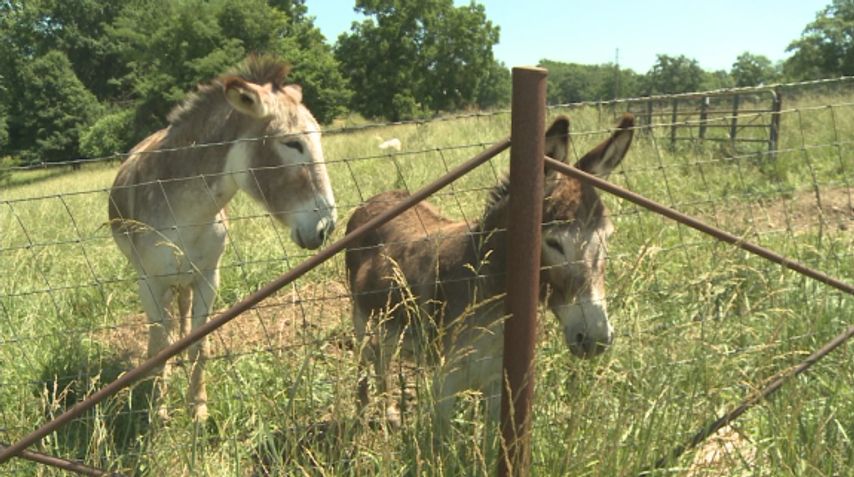 JEFFERSON CITY – Lincoln University is trying to help farmers cope with recent hardships, like the driest weather in mid-Missouri since 1992.

The university held several workshops Thursday on Busby Research Farm in Jefferson City. The goal is to teach Missouri producers farming strategies, like how to protect farms from predators and plant disease.

“As an example, because of warmer, drier weather, you may have more insects or pests that come on, and if those producers have to use only organic type of treatments, it can be more challenging,” said Chris Boeckmann, the organic production manager at Busby Farms.  “They may not have as many tools available to them to cope with the conditions.”

“From January to June 8, the Columbia Regional Airport recorded 10.71 inches of rain. That’s almost 7.6 inches below normal for this time of year,” Guinan said.

The soil dried up during growing season, which lasts from March to May for many crops, Boeckmann said. He said dry weather impacts more than just crops, though.

“A lot of times the livestock producers have to resort to feeding hay and/or other supplements which just an cost to them and is really going to affect their bottom line, their profitability,” Boeckmann said.

He also said organic farmers, like the ones on Busby Farm, may have a tougher time keeping crops alive without rainfall.