Missouri gets more time to be Real ID license compliant 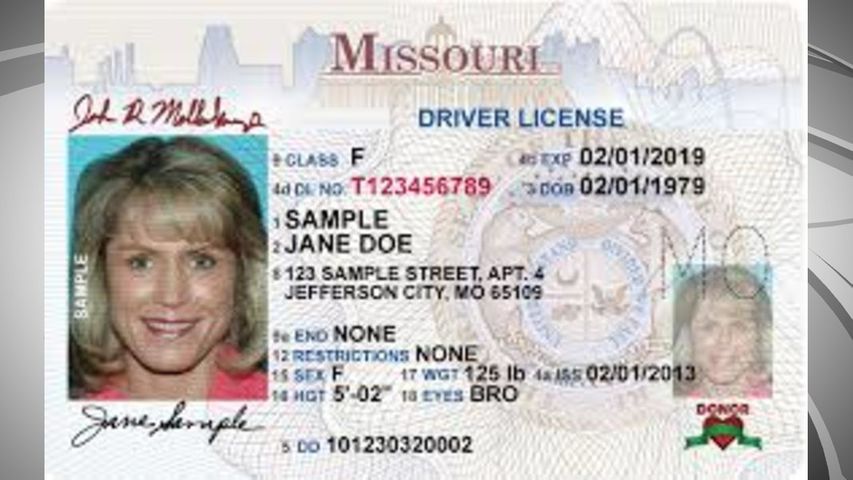 JEFFERSON CITY — The U.S. Dept. of Homeland Security has granted Missouri an extension to comply with stricter identification requirements under the Real ID Act.

The new extension will expire on January 22, meaning Missourians will be able to use current Missouri driver licenses for air travel and entering federal spaces until that date.

The current extension ends Oct. 10. At issue is a federal law with tougher proof-of-identity requirements needed at airports, some federal facilities and military bases.

Some Missouri lawmakers worried about privacy pushed back against compliance with the federal law for years. But a new Missouri law that took effect in August 2017 will give residents the option to get compliant driver's licenses or other ID cards.

Missouri Department of Revenue officials said they are confident they will get another extension. They expect the state to be compliant with the Real ID Act in March 2019.

According to State Rep. Kevin Corlew, R-Platte and Clay Counties, air passengers could still use current driver's licenses or other state issued IDs to fly until October 2019, if the state is compliant by March.

"We've asked for an extension through October of next year so that there can be a window of opportunity for people to go and get their Real ID compliant identifications," Corlew said. "After that certain date though, which will be determined, a person will have to have a Real ID compliant license or another federally acceptable identification, such as a passport."

According to Corlew, the official date the Department of Homeland Security has given Missouri to be Real ID compliant is January 22, 2019. However, Corlew said Missouri has an application in the DHS to get that extension extended through October 2019.

"We're hopeful that [the application] will be accepted to allow us to have a transition period, but for now, the official word is we have through January 22nd," he said.

Corlew also added that the new extension into January is a win for travelers.

(Editor's note: KOMU.com has updated this story to reflect the latest information.)