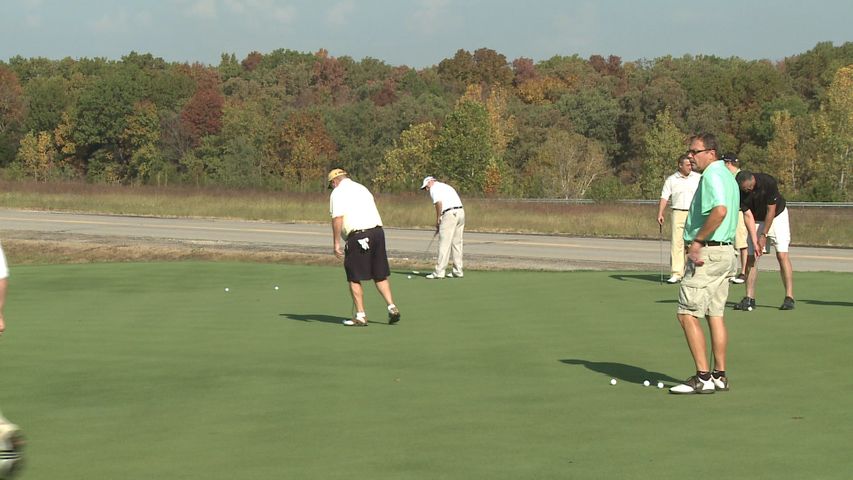 JEFFERSON CITY - Missouri kicked off the first ever Missouri Golf Day Tuesday at Jefferson City Country Club. The event serves as the start of the Governor's Conference on Tourism. Golf professionals, vendors, and enthusiasts highlighted the economic impact that the game of golf plays in the state.

Missouri houses 352 golf facilities in the state. Those courses generated more than $613.8 million in 2010. Overall, the golf industry created a direct economic impact of $888 million in Missouri for 2010.

Governor Jay Nixon highlighted the importance of tourism to the Show-Me state. He said that 281,000 jobs are available because of the tourism industry. Golf supports 21,000 of those jobs.

"Golf's impact on the state of Missouri economy is considerable," said Governor Nixon. "It's about to get even bigger as the Show-Me State prepares to host both the Senior PGA and PGA Championships in the coming years."

Scott Hovis, Executive Director of the Missouri Golf Association, said the game of golf continues to grow despite the economy.

"Anyone can enjoy," Hovis said. "It's a sport for everyone at any age."