Missouri Governor says it will takes weeks and volunteers to rebuild 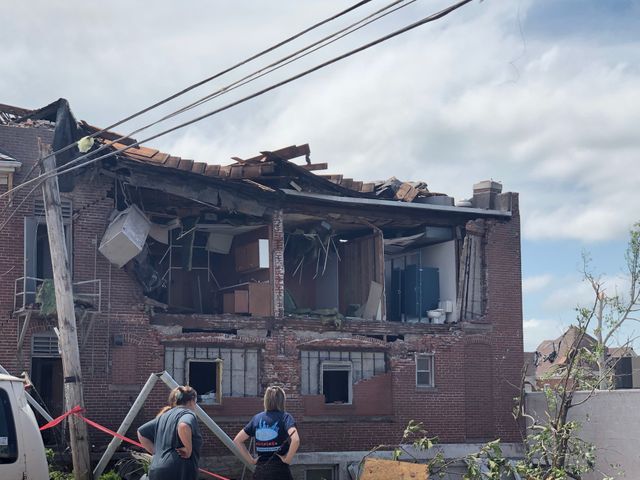 JEFFERSON CITY - Volunteers from around Missouri came out to help with the disaster that Wednesday night's EF-3 tornado brought as Gov. Mike Parson says rebuilding is going to be a lengthy process. Many organizations and first responders continue working on the damage.

"It's definitely a rewarding feeling knowing that your helping somebody that needs it and again I'm just thankful nobody was hurt, " said one volunteer, Christopher Adam, who traveled from O'Fallon. "Communities come together and, whether we're in this community now, we were a part of this community at one point in time and people help each other."

Adam attended college in Jefferson City along with some friends who also traveled from Lake St. Louis and Kansas City. They spent the first day of helping clean up streets around Jefferson City.

Another volunteer, Zach Brunnert, traveled from Crestwood in St. Louis County to help clean up an office that doubled as his living space during the legislative session that ended just last week.

During a press conference on Thursday morning, support efforts were recognized and appreciated by state officials.

Gov. Mike Parson also spoke to reporters at one of the shelters available to those who were displaced Thursday night.

"There's a lot of work to do out there. It's gonna be weeks upon weeks before we get through this." said Parson, "Missourians should be very proud. Whether their areas have been hit or not, you see people coming all across the state to help these people in these areas."

Parson says it's going to be a lengthy process to rebuild, but they are working to get peoples' lives back in order with the help of many agencies and volunteers.