Missouri Gymnastics Has A New Leader 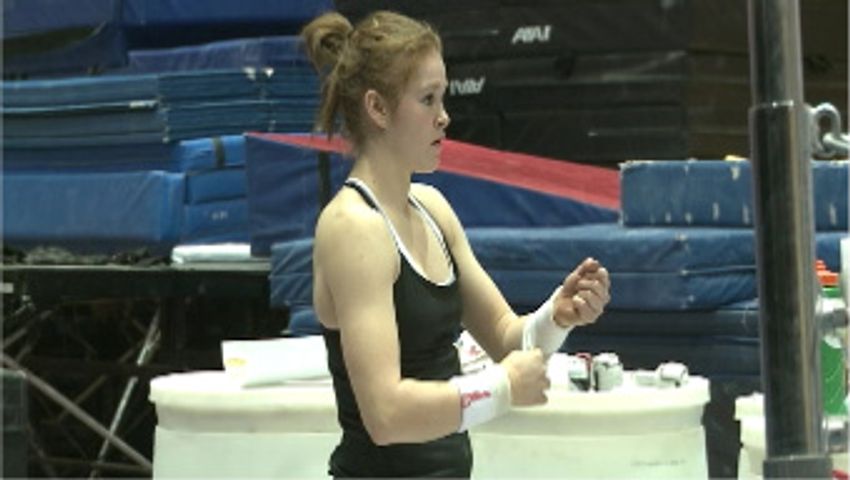 COLUMBIA - Former All-American gymnast Sarah Shire dominated the Mizzou ranks for the past two years. This year, a new leader has emerged with Junior Mary Burke taking over the reigns and taking over the team as well.

"I mean, I hoped to be a leader on this team. You know that's the role I want to be in and I want to be there for those girls," Burke said.

In her first two seasons, Burke contributed to the squad, but remained in the shadow of Shire. Shire may be considered the best Missouri gymnast to ever take the floor.

"Sarah was just a dominate figure out there. I mean she was ranked No. 1 all around in the country. She would have overshadowed anybody on any team," Burke said.

But now that Shire has graduated, Burke casts the largest shadow...literally. At five-foot-six Burke is the tallest Gymnast on the team.

As a freshman in high school, Burke had a Gymnast's build at five-foot-two, but the following summer she shot up to five-foot-six which left her gymnastics career in question.

"It's an adjustment every time you grow. You're whole timing is off and it just took a long time to get use to that and find the right rhythm," Burke said.

Even though Burke towers above the rest, others still overlook her.

"When people see me they probably don't expect some of the same things from me," Burke said.

However, this season Burke proves the doubters wrong everyday, winning three of the six Big XII Gymnast of the Week awards thus far.