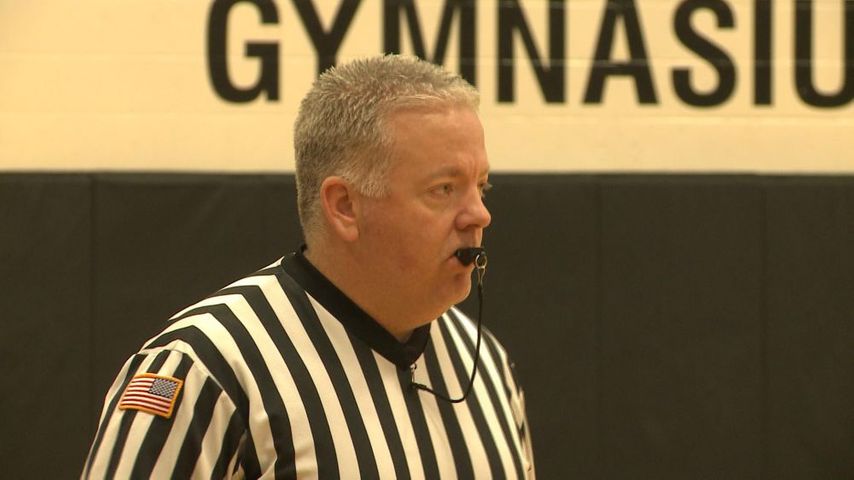 "We typically have about 5,500 registered officials each year, but there's also a lot of turnover in that number," said MSHSAA Communications Coordinator Jason West. "In that turnover, we lose veteran officials and gain new prospects, so there's a large turnover there even though 5,500 may sound like a large number."

West said referees stop officiating for a variety of reasons, including finding a new job or moving out of town.

"There's also some negative aspects to it, in that parents are getting in the way, coaches yelling derogatory things and they feel like it's just not worth their time or effort to always be degraded and downplayed by either parents or coaches," West said.

Those aspects of officiating can make it tough for MSHSAA to recruit officials.

Greg Kespohl, MSHSAA's mechanics coordinator said, "Recruitment is sometimes difficult, not just everybody is interested in going out there and putting themselves under that kind of scrutiny."

"We want to work with our membership on cultivating the other 97 percent," West said. "You've got student athletes that just love the game and still want to be a part of the game and officiating is just one more way they can do that."

MSHSAA also works with state universities to recruit new referees. The association gives a discount to students taking sport officiating classes when they register to become a referee.

During the regular season, it's the home team's responsibility to schedule referees. Kespohl said many high school athletic directors work with local referee associations to fill the schedule. MSHSAA is responsible for scheduling all referees once the high school playoffs begin.

The first weekend of high school football playoffs feature 160 games across the state, but there were only 149 referee crews this year. Fortunately for MSHSAA, not all 160 games were played on Friday night, so some referee crews had to officiate games on Friday and Saturday.

"There's some sports that it's even more of a concern," West said. "Soccer, for instance, is one that is growing in popularity, but, unfortunately, our numbers of registered officials is not growing as rapidly as the number of teams we have adding it."

While MSHSAA wants to add more referees, Kespohl said he thinks people need to have the right temperament and get involved for the right reasons.

Basketball referee Jason Hirschvogel has been officiating for 8 years and said he got involved to give back to the young athletes.

"Good quality officiating is something I take pride in, so just a way to give back to the kids and get out and enjoy the game of basketball with them."

MSHSAA stressed the need for high quality officials, not just a high quantity. West said veteran referees take it upon themselves to learn more about the game and continue to improve their work.

"We're not just looking for someone to go to Walmart or the Foot Locker and buy a striped shirt," West said. "We want the individuals that certainly have a passion for the sport and want to be there."