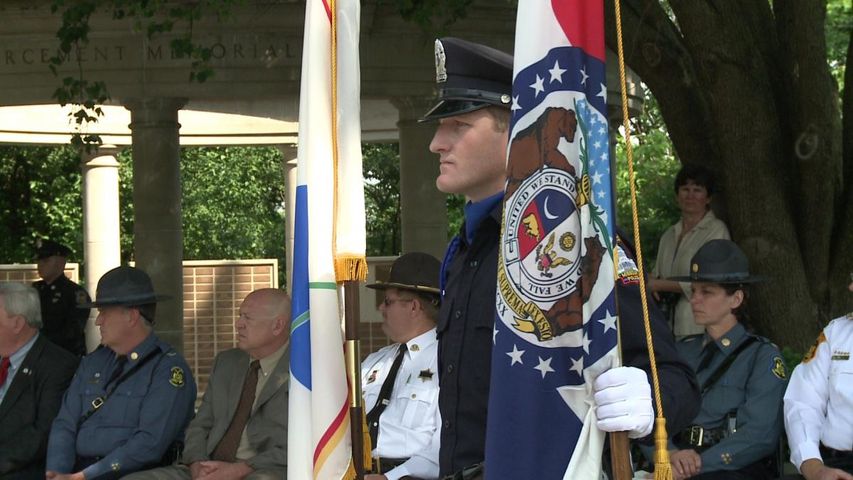 "It's the men and women in blue who always answer the call for help," Koster said.

Among the fallen officers was Master Patrolman Jefferson Taylor of the Riverside Police Department in Riverside, Mo.

"It's very devastating to the department, but we got through it. We're getting through it with our officers and with the family," Riverside Police Department Captain Gary McMullin said.

Taylor was struck by lightning responding to the Joplin tornado. About a dozen of Taylor's family members attended the ceremony to honor his memory. They said he died doing what he loved most: helping people.

"We are not alone in this game, and I hope that nobody else has to go through it," Taylor's grandmother Phyllis Taylor said.

Families of the fallen officers attended the ceremony and also participated in a candlelight vigil Friday night. Families of officers who died in the past were also invited to take part in the "Walk of Heroes." During this part of the program, families placed flowers on wreaths to commemorate their lost loved ones.