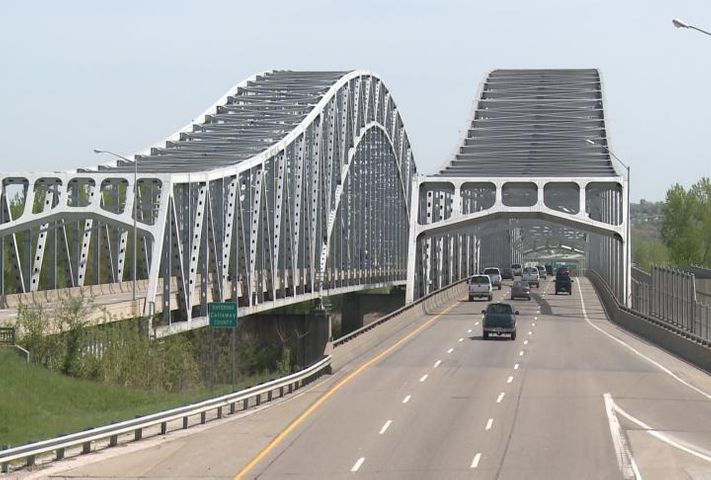 JEFFERSON CITY - The Missouri Senate has approved and sent an amended proposal to the House to raise sales tax by three fourths of a cent for a 10-year period.

The tax increase would generate about $534 million annually for transportation. The Missouri Department of Transportation (MoDOT) said it needs the new source of money because funding for road and bridge maintenance, which comes from Missouri's fuel tax, has decreased now that people are buying more fuel-efficient cars.

For example, from 2008 to 2013, revenue from gas tax decreased from $521 million to $489 million. Fuel tax revenue is decreasing while the cost of road and bridge maintenance, including materials such as steel, asphalt, and concrete, increases. In fact, the cost of maintenance has increased by 200 percent in the last 20 years, but Missouri's gas tax hasn't changed since 1992.

"Those are kind of on a collision course. The price of business goes up, revenue goes down, what we can do becomes less and less," said Ed Hassinger, chief engineer of MoDOT.

Hassinger warned that without more funding, Missouri could run out of money to maintain roads and bridges by 2017.

He said it takes $485 million a year to maintain Missouri's transportation infrastructure. But by 2017, Missouri will only be getting $325 million a year. That's almost $200 million short of the money MoDOT says it needs to maintain Missouri's roads and bridges. That means MoDOT may have to shut down roads and bridges, affecting people's commutes.

"It takes investment to get conditions of infrastructure better and we've invested in about a C level," Hassinger said.

Hassinger also said the nation has, as a whole, underinvested in transportation, but while other states have addressed their problems, Missouri has not.

"The difference is many states have addressed their issues by either raising a sales tax or their gas tax where Missouri has not done that," Hassinger said.

Another problem is that Missouri has a large transportation system.

"In future years, we're going to drop below the levels it even takes to maintain our system," said Sen. Mike Kehoe, R-Jefferson City. "We have the seventh largest road and bridge system in the United States, yet we're 43rd in funding. I'm not a cook but that's not a good recipe."

That's why Kehoe voted for the sales tax increase in the Senate.

"We can't just shut roads and bridges down, so we've got to try and find the resources. At the end of the day, if we don't find the resources that probably what's going to happen," Kehoe said. "I hate to see it get to that point where Missourians who are used to taking a certain bridge over a certain creek or river every day find that that way is no longer available."

But other Missouri legislators are worried about the impact the sales tax may have on low-income families.

"Working people and elderly people especially will pay a higher percentage of their income on things that they pay sales tax for," said Rep. Chris Kelly, D-Columbia.

Kelly also pointed to another bill that was going through the legislature last week that would have reduced the top individual income tax rate. Kelly said it was unfair to cut taxes for high-income people, while imposing a sales tax increase that could affect low-income people.

"I am hesitant to support a tax decrease for wealthy people and at the same time a tax increase for working people and that's exactly what we have going on in the legislature right now," Kelly said. "We're talking about an increase of very large, a sales tax increase, accompanied by a pretty significant income tax decrease for people at the upper end of the economic spectrum. And I think that's exactly the wrong way to go. If the taxes were balanced, that would be one thing but they're not."

Although Kelly voiced concern about the sales tax increase, he initially voted for it in the House because he said he realizes the transportation funding problem Missouri has. But, he said he's not sure if he'll vote for the amendments the second time around now that the proposal has been sent back to the House

"It doesn't matter where you are and what you do in this state," Hassinger said. "If transportation isn't good, it affects economic development, it affects safety, it affects your ability just to do quality of life things. It's critical to everything we do every day."

Kehoe agreed. "No matter what you do, even if you don't drive every day, if you take the bus, everybody is affected by a well-maintained transportation system no matter what their position here in the state."

"It could be spent on ports, on rail, on transit, on roads, and then you get a mix of doing the right thing for each part of the state and being able to address everybody's transportation needs," Hassinger said. "Right now, our funding source is committed to roads and bridges only so we can't spend money on anything but those modes of transportation."

He also said it's important to realize that the sales tax increase would exclude items that could really hurt low-income people.

If the House approves the Senate's amendments to the tax increase, it would go before voters in November.