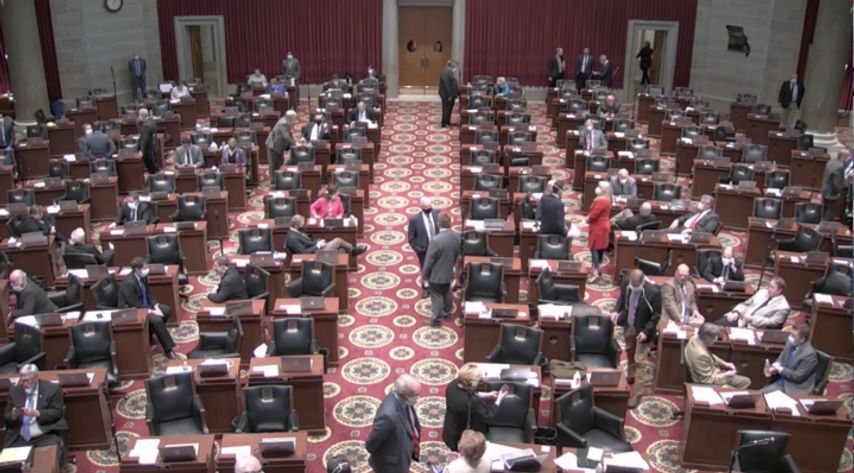 Bill SJR 38, or "Cleaner Missouri," could throw out the redistricting program approved by 62% of voters in 2018, according to previous KOMU 8 reporting.

"It all comes down to the state's redistricting rules. Under Clean Missouri, a non-partisan demographer will draw the district lines. Bipartisan commissions nominated by each of the political parties will have the ability to disapprove of the plans drawn out by the demographer."

The Clean Missouri campaign released a statement immediately after the passing of the bill.

"The politicians pushing the deceptive Dirty Missouri amendment have ignored their constituents' mandate for fair maps," the release said. "They've ignored the ongoing public health and jobs crisis as they chose to focus instead on their outrageous politician-protection plan."

Democrats, including House Minority Leader Crystal Quade, D-Springfield, and those behind amendment one’s language believe Republicans are creating an unnecessary risk by taking up a plan the voters already passed.

"With COVID-19 cases and deaths still rising and the long process of rebuilding Missouri’s economy in its earliest stages, lawmakers should focus on protecting lives and restoring jobs," Quade said. "Instead, House Republicans’ top priority is reversing voter-approved government reforms that put the interests of Missourians ahead of the interests of politicians. Missouri voters already spoke clearly on this issue. They will do so again and hold accountable every lawmaker who refused to listen the first time."

It now will be contingent upon voter approval to go into effect, according to the bill summary.

The Columbia Missourian created an interactive map to show how each district and county in Missouri voted on the amendment in 2018.