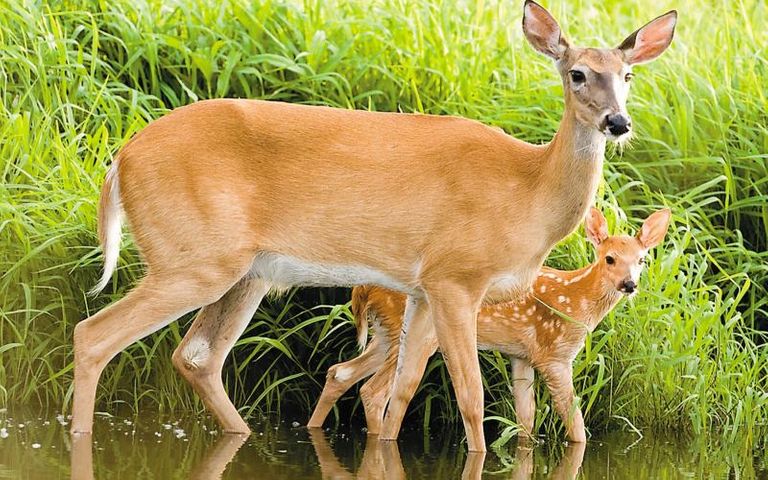 Courtesy of the Missouri Department of Conservation

COLUMBIA - An activist group called Missouri Hunters for Fair Chase is working on petitions that call for a statewide vote to change the Missouri captive-deer industry.

The petitions would prevent captive-deer organizations from importing big game like deer, elk and moose from other states or countries. It would also prevent transferring deer between facilities in Missouri.

The goal of the petition is to stop the spread of chronic wasting disease, which is a growing problem in Missouri. Chronic wasting disease is a neurological infection in deer. There is no cure or vaccine, and while there have been no reports of transmission to humans, the disease could seriously impact deer populations.

Member of Missouri Hunters for Fair Chase Jim Low said the organization started the petitions shortly after the Missouri Department of Conservation ran into some regulation roadblocks.

Low said the petition would give full control of chronic wasting disease testing back to the Missouri Department of Conservation.

The two petitions are identical, except one petition makes it mandatory to keep public records of any diseases in a captive-deer facility. As of now, the Missouri Department of Agriculture is in charge of testing for chronic wasting disease in captive-deer facilities.

"The legislature in the past few years has passed a law that allows those records not to be public records," Low said. "In other words the agriculture department doesn't have to tell anyone, including the conservation department, whether they have tested or where they've tested deer."

Missouri Hunters for Fair Chase hopes the petition will be on the 2018 Missouri ballot. Captive-deer organizations would have a year before the regulations went into effect.

KOMU 8 News reached out to multiple Missouri deer captive facilities and the Missouri Department of Agriculture but they declined to respond.