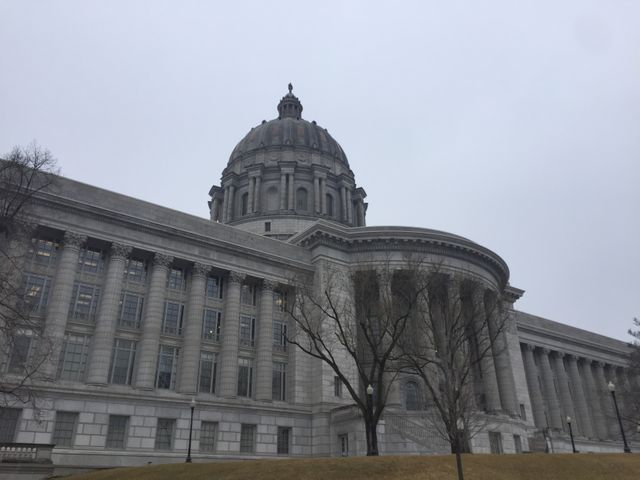 JEFFERSON CITY - Missouri has never removed a governor through impeachment. But after Gov. Eric Greitens' felony indictment yesterday, some Missouri legislators are calling for the initiation of the impeachment process.

In Missouri, the impeachment process is anything but "politics as usual." In fact, it's quite unusual.

Missouri's impeachment process differs from the federal system and the systems of 47 other states.

The process starts in the House of Representatives, where a committee of legislators decides whether or not there should be articles of impeachment given a governor's actions.

House Speaker Todd Richardson, R-Poplar Bluff, indicated that he was initiating this process in a Thursday statement saying:“We will begin the process of tasking a group of legislators to investigate these serious charges."

If the committee finds that articles of impeachment are warranted, the articles go to the whole House for a vote. If the House votes to pursue impeachment, the case goes to a trial.

This trial would normally take place in the state Supreme Court.

But in the case of a governor, the impeachment proceedings are heard by a panel of seven "eminent jurists" selected by the state Senate.

It takes at least five of the seven judges voting in favor of impeachment for a governor to be removed from office.

Frank Bowman, professor of law at the University of Missouri, said the real power in a Missouri impeachment lies with the House of Representatives.

"That body of judges is not entitled to make any kind of political judgment at all," Bowman said. "All they are supposed to do is just decide if the official did the thing that the House of Representatives said that they did in the articles of impeachment."

Sen. Doug Libla, R-Poplar Bluff, said legislators are taking Greitens' indictment seriously.
"It's kind of been a dark cloud over the capitol," Libla said. "A grand jury doesn't hand down an indictment on a whim. I think the governor should seriously consider resigning."
The last time the Missouri House undertook impeachment proceedings was against Gov. Jay Nixon in 2014 for three proposed articles of impeachment: one related to an executive order on the tax status of same-sex couples, another accusing Nixon of failing to call special elections in a timely manner, and another on the release of a database of Missourians with concealed carry permits.