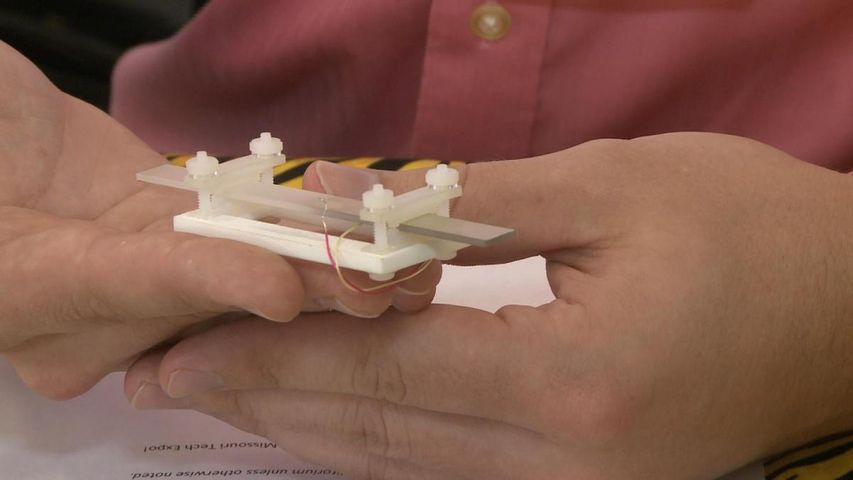 COLUMBIA - From pocket-sized x-ray machines to a potential cure for diabetes, inventors and researchers shared their ideas at the fourth annual Missouri Tech Expo on the MU campus Thursday.

From current students to developed researchers, the expo was a platform for experts to present inventions to businesses developers and entrepreneurs from across the country. Brady Gull, a graduate student at MU, worked with a small team for four years developing a compact X-Ray source. "Most of the X-Ray devices that people are familiar with are the large X-Ray scanners that you see at the airport. The things you can actually put your luggage inside of," Gull said. "But our system is compact. It actually fits in my pocket, it's the size of a stick of gum."

The invention caught the attention of many at the event, including Keynote speaker Han Chen, Director of Kapyon Ventures, LLC. "You see the passion of the entrepreneur, you see his commitment to the science, but you also see his vision for where he wants to take this technology into a company," Chen said. "I think he was very spot on."

Organizers say the event is unique because it showcases a wide variety of innovations. "We're trying to create an environment that allows the investment community from not only here in Columbia but around the state and around the country to interface with our researchers, see their innovations and understand the business opportunity."

Young researchers like Gull hoped this was the first step toward reaching their ultimate goals.

The all day event was held in the Life Sciences building on the MU campus and featured more than 15 presenters.