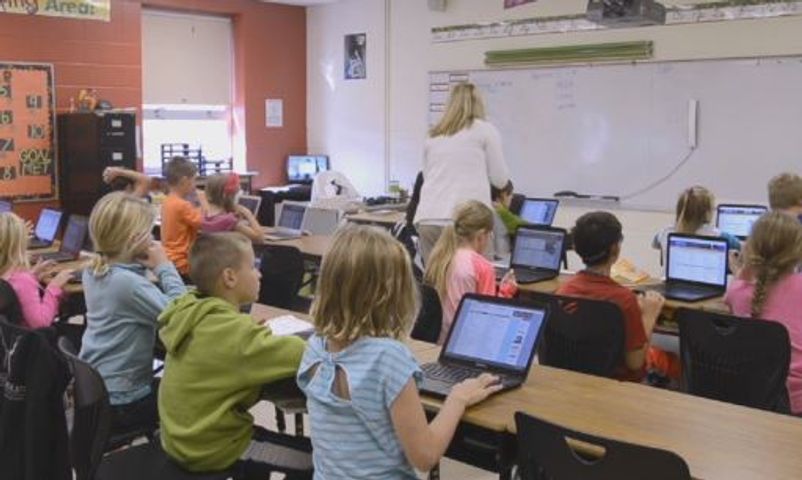 COLUMBIA - A Missouri judge said the state's membership with a testing company that goes along with the national Common Core education standards is illegal, and the state shouldn't pay fees to be a part of the group.

Cole County Circuit Judge Daniel Green ruled Tuesday the state's partnership with the Common Core testing company is an "unlawful interstate compact to which the U.S. Congress has never consented."

The Common Core education standards and tests have created much controversy, including opinions from parents, the Missouri Department of Elementary and Secondary Education (DESE), and opposition groups such as the The Missouri Coalition Against Common Core.

According to the Common Core website, "The Common Core establishes a set of clear, consistent guidelines for what students should know and be able to do at each grade level in math and English language arts."

According to the Common Core State Standards Initiative, the standards "provide a consistent, clear understanding of what students are expected to learn, so teachers and parents know what they need to do to help them."

On the other hand, co-founder of the Missouri Coalition Against Common Core Gretchen Logue said the Common Core standards were written by test developers outside of the state; however, she believes education standards should be written by Missouri classroom teachers and professionals.

Logue said she agrees with the judge's ruling, and it's a step in the right direction.

"If he has ruled that it's unconstitutional and illegal not only on a national basis, but it also violates Missouri state law then it would seem to me that any test that is derived from Smarter Balanced question or a test bank connected with Smarter Balanced should not be used," Logue said.

"They're going to be taking standardized tests to get into college, and if the new curriculum helps them to better at that, or if more experience with testing helps succeed on the ACT or the SAT then that's a positive outcome of the testing," Picht said.

The Department of Elementary and Secondary Education issued the following statement after the ruling:

"This lawsuit deals with our membership in the Smarter Balanced Assessment Consortium of states that are working together to create common tests. It does not impact the use of the tests themselves. We do not expect this to impact the administration of statewide tests this spring. The Department's General Counsel is reviewing the ruling and considering our legal options."

The attorney general's office represents the state and is reviewing the ruling.