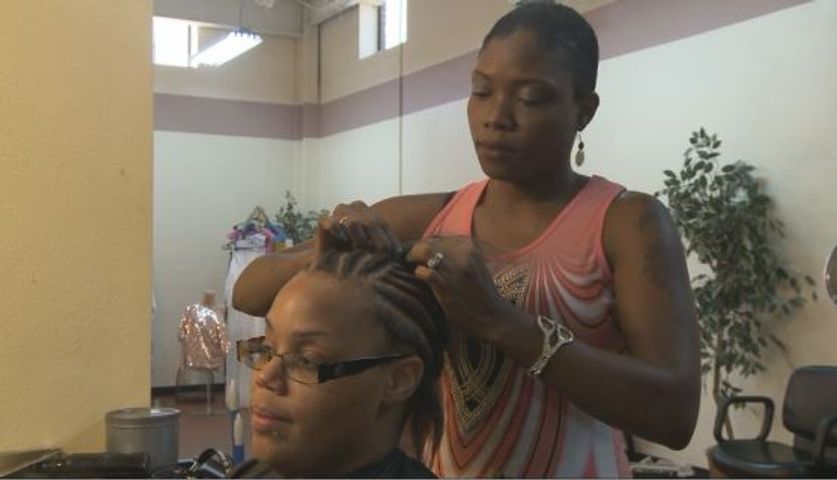 For those wanting to braid hair in the state, a license from an accredited cosmetology school is required before setting up shop. Despite protests from two self-proclaimed “African Style Hair Braiders” in St. Louis, the license requirement was upheld by a federal judge earlier this week.

Ndioba Niang and Tameka Stingers brought the matter to court when they claimed official licensing for braiding hair was unnecessary.

Magistrate Judge John M. Bodenhausen issued the summary judgment Tuesday. He dismissed the plaintiffs’ amended complaints and upheld the Missouri Board of Cosmetologists and Barbering Examiners’ requirements for official licensing, including those who braid hair.

Precrecia Gardner, who works as a licensed cosmetologist at the Cost Cutters Conley location, said she thinks it’s important to be licensed in this profession.

“I think it’s good to be licensed just to learn new techniques and the sanitary side of it,” Gardner said.

Gardner said she keeps her certificate on display at her hair-styling station.

“We all have them hanging up with our pictures,” she said.

Gardner said the cost of attending school could discourage people from getting their license. She said she financed her own education.

“I’ve been on my own from a young age and so everything that I had to pay had to come out of my pocket,” Gardner said. “There’s no mom, dad, grandma, grandpa to pay for things. I had to come up with my own financial plan and figure it out to get ahead in life.”

Shanta Brewer, a cosmetologist who graduated with Gardner, agrees that the cost could be a challenge to overcome.

“I could see it being a problem for people paying up to $16,000 to go back to school to get their license,” Brewer said.

She spoke highly of her school experience and said the training on sanitation techniques was crucial. However, she said the braiding techniques taught were nothing new.

“I didn’t learn anything that I didn’t know before about braiding,” she said. “Maybe a different way to style hair through braiding though.”

Brewer has been braiding since she was 8 years old and said it was something she mastered herself, as an African American woman.

“Growing up, something you have to deal with is having coarser hair,” she said. “You can’t just let it fly everywhere all the time.”

Future cosmetologists, Brewer said, have to accept the state’s requirement.

“If they love hair, like I love hair, they’ll go get their license,” she said.

For more information on the official cosmetology licensing requirements, visit the Board of Cosmetology and Barbers Examiners' website.