Missouri Lags Behind in Digital Learning for K-12 Students 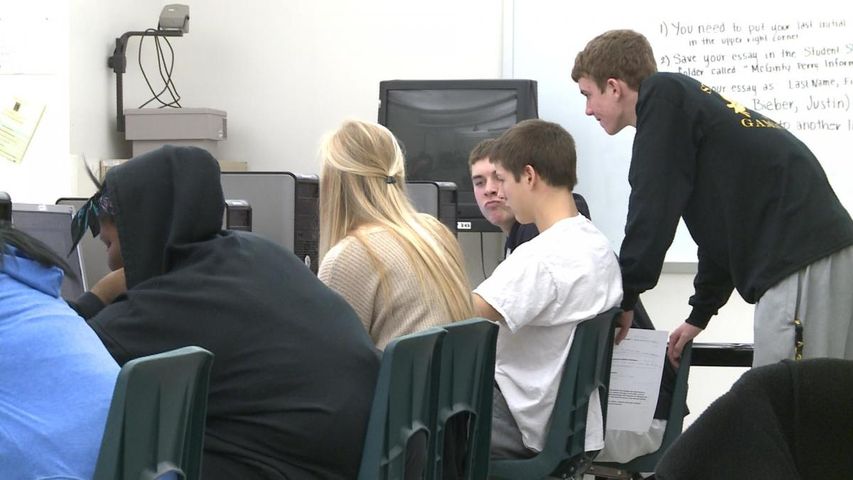 COLUMBIA - When the Wares family moved to Missouri from Oregon, they didn't expect to struggle with their daughter's online education options.

Roy Ware said his daughters, Audrey, 16, and Robyn, 14, have both taken advantage of online education with Connections Academy in Oregon. The program was completely funded by the state.

"If you need a computer for your child at home, the state provided one. They provided all the tuition, they have envelopes that you can send projects in," Ware said. "It was surprisingly all paid for."

Ware said his younger daughter, Robyn, has social skill issues because of her Autism.

"She just can't handle a classroom situation. It was just chaotic," Ware said.

The Wares family tried to re-enroll their daughters with Connection Academy after they moved to Columbia, but was shocked to find out it's not available in Missouri.

"We would have to enroll them as private school, and the cost was almost $1,000 a month for each child to do that. My job pays well but not that well. So we decided that we will look at other homeschooling options and found that there wasn't any structured program for homeschooling. It was pretty much a do-whatever-you-want-to-do, and there was no followup by the state to make sure that the kids were learning what they needed to learn for college," Ware said.

For only a short period of time, Ware enrolled Robyn in a Columbia public school, but it didn't work out either. Ware said Robyn was in school for about four weeks and spent all but four of those days in either in-school or out-of-school suspension due to her medical condition. Eventually the Wares found a private online education platform. They now pay $300 per month for both children who each takes six classes.

Similar cases like the Wares were also included in a study released in January by the Missouri Chamber of Commerce Education Foundation, which recognized the lack of full range virtual learning opportunities for students across the state.

Brian Crouse, vice president of Education for the Missouri Chamber of Commerce and Industry, said the state was off to a really good start and was a leader in the U.S. back in 2008 and 2009. The state established the Missouri Virtual Instruction Program (MoVIP) in 2007 and offers online courses to Missouri K-12 students. Unfortunately, Crouse said, through budget cuts, MoVIP saw a huge reduction in their funding.

"It went from about 16,000 students that they (MoVIP) were delivering courses, to about 2,800 students over a course of short time. The defunding of MoVIP caused reduction in virtual learning across the state of Missouri," Crouse said. "We would like to see funding be more equitable so students could take virtual learning courses at their own choice in either areas that they need remediation on, or just to supplement their coursework."

Missouri has a "Top 10 by 20" initiative that aims to see Missouri schools rank in the top 10 states nationwide by 2020, yet the state is one of the 20 states that doesn't fully fund online education.

The study also found the access to digital learning varies regionally. Crouse said school districts in the Kansas City area have come together for regional partnerships and collaboration in delivering virtual online courses, but in some of the rural areas, it's just not the case, partially due to the lack of broadband access. He said the situation is changing as the state is increasing the broadband coverage to provide access to online courses for students in rural regions. To see the types of broadband access available across the state, click here.

Crouse said the other key thing to note about rural school districts is that sometimes they can't hire qualified teachers in math and science and other STEM fields just because of the location. It's hard to attract teachers to rural regions.

"By offering virtual courses in math, science, physics, chemistry, you are able to provide that coursework to students, and students can have an advance three-year course load just as if they are in a larger urban setting," Crouse said.

"Three years ago our voters passed a tax levy increase which allowed us to do a lot of wonderful things such as improving class sizes," Lyon said. "It also allowed us to invest in the use of technology. We are able to build our infrastructures so we have wireless technology in all of our schools."

The 40-cent tax levy increase approved in 2012 helped the CPS to invest $2 million to improve the technology service to K-12 students. Currently Columbia Public Schools offers free online learning to students, which means the majority of the coursework, if not all the coursework is delivered online.

"There are some obstacles based on the traditional idea of schooling," Mast said. "We need to understand that learning time is flexible. Just because when class meets from 10:30 to noon everyday doesn't mean that's the time in which you need to learn that particular course. So we need to continue to educate ourselves and help educate our parents and students about the nature of learning at school that is changing. Having a digital and online component that is more accessible and more flexible is where we want to go."

Both Lyon and Mast said they agree with the recommendation proposed in the study that allowing schools to receive a hundred percent funding for students taking online courses without requiring seat time.

Lyon said she also supports another recommendation that would allow schools to receive funding beyond one full-time equivalent for students seeking to take online courses beyond the normal school day.

"Let's say I'm taking eight blocks at Hickman or Rock Bridge or Battle or Douglass High School, but I want to take a ninth course. Right now the school districts are not reimbursed if the students want to be more than a full time students. I really support the recommendation that allows students to take additional courses if they have the time and energy and interest," Lyon said.

The study, titled "K-12 Digital Learning in Missouri: Creating Virtual Pathways to Success", was conducted by the Evergreen Education Group based in Colorado. The company is known for its virtual learning platforms and researches. To see the full study, click here.