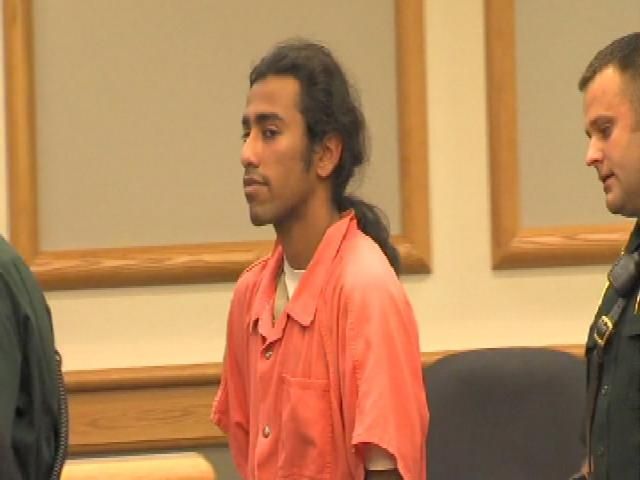 WARRENSBURG - An alleged murder accomplice is one step closer to leaving jail after a conflict in Missouri statutes allows him receive the option of paying bail. 23-year-old Zayid Abid is accused of plotting the murder of popular Warrensburg bar owner Blaine Whitworth in September and has been jailed since without bail.

Last week, however, a Johnson County judge was required to set Abid's bail at $2 million because Missouri Statutes 544.455 and 544.570 allow illegal immigrants to receive bail, pay it and leave jail. Abid has been an illegal immigrant since he was accused of these crimes after his student visa and pilot's license were revoked. Because Abid is an illegal immigrant, he can now post 10% of his bail, be freed from jail and then the United States Immigration Department can detain him. Once in the custody of the Immigration Department, Abid can either request a hearing or ask to be deported back to his home country of Saudi Arabia.

Whitworth's parents are now working to make sure that this law is changed.

"We don't want this to happen to other families. It's not fair for someone to come to the United States, take advantage of our education system, commit a crime and then be allowed to go back home without facing charges" said Diane Whitworth, Blaine's Mom.

Whitworth's family has been trying to work with lawyers to start the process of getting the law changed, but so far to no avail.

The family has also contacted Missouri state Senator David Pearce for help in changing the current law, but the family said nothing has been done yet. KOMU also contacted Pearce's office and calls have not been returned.

"Blaine was such a great guy. He brought people in off the street and helped them get back on their feet. This is an absolute tragedy" she said.

Prosecutors have not released any motives in the case yet, but Smith believes money is somehow involved. Whitworth ran the popular bars Molly's and Bodie's in Warrensburg. He was also active in youth sports and helping the homeless.