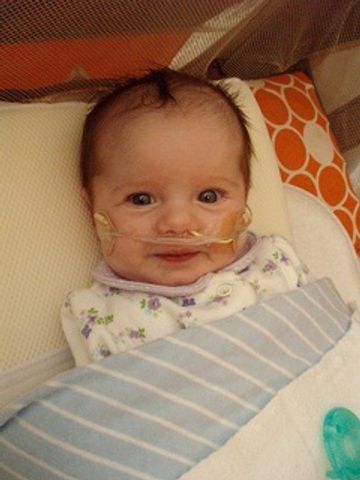 JEFFERSON CITY - A Missouri mother's proposed law that could save newborns' lives through a required test has passed both the Missouri House and Senate.

Chloe's Law is named in honor of Kelly Manz's daughter, Chloe, who was born in 2008 with a Congenital Heart Defect (CHD).

"Chloe was able to be an inspiration for this law and to start saving some babies here in Missouri," Manz said.

Chloe's CHD would have gone undetected, however, if Manz had not demanded doctors do an extra test called pulse oximetry. Congenital heart defects are the most common birth defects in the U.S., but Missouri did not previously mandate that hospitals do a pulse oximetry screening on all newborns. Pulse oximetry detects CHDs once a baby is born by measuring the baby's oxygen levels.

Now, Chloe's Law would require all state hospitals do the test on every newborn.

Missouri Senator Dan Brown sponsored the bill. A veterinarian, Brown said he has used the pulse oximetry test on animals many times.

"It's very very easy to do - it takes very - it's not a highly technical procedure and it just makes sense to do it," Brown said.

Manz said she is relieved that Chloe's Law has finally passed.

"This is everything I've been fighting for for that last four years ever since Chloe was born and I just feel like I've always been meant to do this--to advocate for other families and other babies that are born with a congenital heart defect," Manz said.

Governor Jay Nixon has not yet signed the bill.  Both Manz and Brown said the governor's office has said Nixon plans to sign the bill.

For more information about CHDs visit this page on the American Heart Association website.