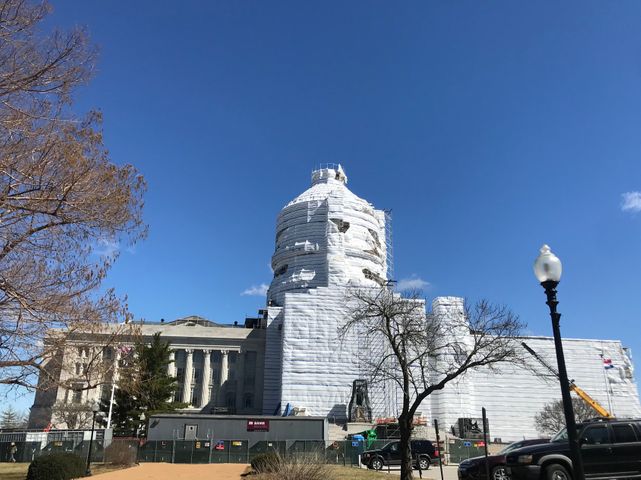 JEFFERSON CITY – The Missouri state capitol is going to be a lot quieter this week with lawmakers' spring break starting on Monday.

Rep. Chuck Basye, R-Rocheport, said this year’s legislative session has felt smoother than previous years. Basye said he thinks HB 126, which some are calling “the strongest pro-life legislation in the nation,” was the most debated issue this year.

“It was a long debate, passionate on both sides of the issue,” Basye said. “I’m very happy that we were able to pass that legislation and move it over to the Senate.”

Several Senate Democrats have come out in opposition to the abortion bill, saying they plan to fight it after the break.

Another issue from the first half of the session was a calculation error by Missouri’s Department of Revenue that could impact Missourians’ taxes, causing smaller returns. Joel Walters, the director of the DOR, announced his resignation last Thursday. Basye said he’s had to clarify with his constituents that no one is paying more taxes.

“The withholding tables never got adjusted to reflect the tax changes at the federal level, so a lot of people were not getting the refunds they were expecting or were used to getting,” Basye said. “That could be a problem.”

In a press conference last Thursday, Rep. Crystal Quade, D-Springfield, said she was proud of House Democrats for pre-filing a bill “to force the conversation” about the DOR’s error.

“We've had continuous meetings to dig into this issue, and ultimately forced the Department of Revenue to abandon its false cover story,” Quade said.

Basye said in addition to working on the budget, he expects fixing Missouri’s roads and bridges to be a priority of both caucuses after the break. Improving infrastructure has been a major goal for Governor Mike Parson, who announced his $351 million bridge bonding proposal back in January.

Basye said one particular bridge project hits close to home for him.

“One thing we’re going to start hearing more and more about is the Rocheport bridge on I-70, and that’s just a couple miles from my house,” Basye said. “I’m very hopeful we can get the funding to not fix the bridge, but replace the bridge.”

Fixing the Rocheport bridge could create delays between six and eight hours.

The legislative session is set to resume on Monday, March 25th.