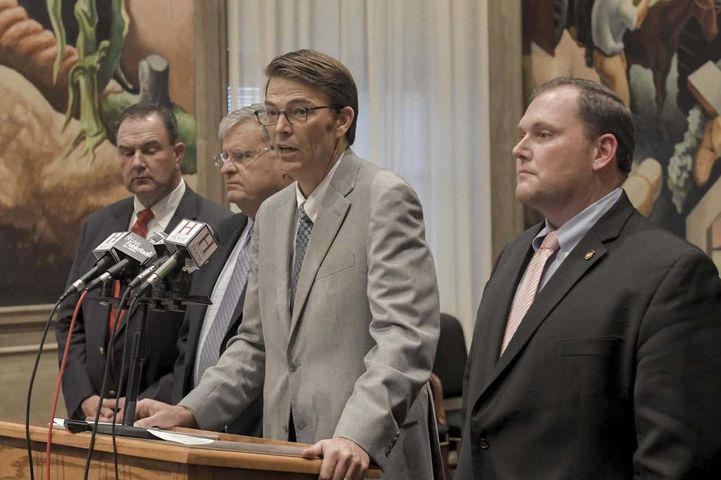 House Speaker Todd Richardson, R-Poplar Bluff, said, “This was not a decision made lightly, and certainly not without great deliberation and effort.”

The committee said there is compelling evidence Greitens violated campaign financing rules and then lied to the state ethics commission about it.

In an earlier report, the committee said it found "credible" allegations that Greitens blackmailed a woman he had a relationship with by taking a nude photo and threatening to use it against her.

Both Democratic and Republican lawmakers have been calling for Greitens to resign - or be impeached.

In Wednesday night's press conference, Richardson said, “This path is not the one I that would have chosen for Missourians, or my colleagues. I had hoped from the beginning of this process that the committee would find no wrongdoing so that we could bring this investigation to a close and put all of our attention on the issues that matter to Missouri families. Unfortunately, this is where the facts led. We will not avoid doing what is right.”

Missouri Representative Sara Walsh, (R) Ashland, said the additional time will allow lawmakers to finish up their own work and then focus on deciding on disciplinary action for Greitens'.

The special session will be begin May 18 and last 30 days.