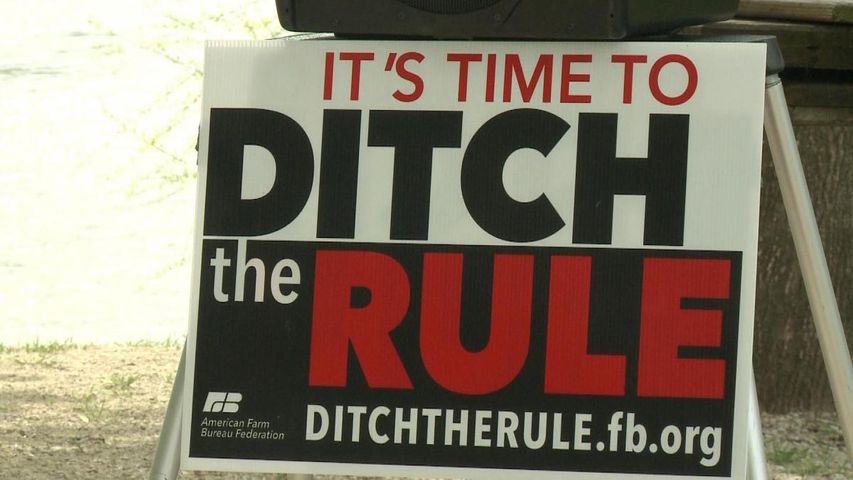 JEFFERSON CITY - Rep. Blaine Luetkemeyer (R-Missouri) has a dry creek behind his house. He said it floods once a year when there is five inches of rainfall. He said under a proposed EPA and Army Corps of Engineers' rule, his creek could be regulated.

Luetkemeyer was referring to the EPA's Waters of the United States rule that clarifies protection for streams and wetlands under the Clean Water Act.

However, on its website, the EPA says the rule does not expand jurisdiction over ditches nor protect new types of water not previously covered by the Clean Water Act.

Rep. Vicky Hartzler (R-Missouri) said the main issue with the rule is it violates the balance of powers between federal, state and local jurisdictions. She said it could also jeopardize farming operations and the operations of local governments.

In response to the EPA's proposed rule, the Regulatory Integrity Protection Act was passed out of committee in the House of Representatives last week.

Hartzler said the bill would require the EPA to work with local stakeholders and state officials to develop a new rule that makes sure there is a balance between federal and state authorities.

"It's imperative that we get the EPA and the corps to rescind this rule...and that we restore common sense and true partnership between federal government, state government and local government to make sure our waters stay clean," she said.

"There's a lot of support on both sides of the aisle for this," he said.

Luetkemeyer said his problem with the EPA's proposed rule deals with the process of how it came to be.

On its website, the EPA said, "For the past four years, EPA and the Army Corps have listened to important input from the agriculture community. Using the input from those discussions, the agencies then worked with the U.S. Department of Agriculture to ensure that concerns raised by farmers and the agricultural industry were addressed."